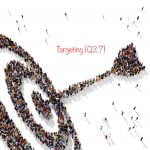 Missionality is an Essential Virtue

In the Q2.3 we learned that Missionality is Essential to Living Right because a man’s IMPACT is greatest when he is Serving in the High Impact Zone of his D2X–the intersection of his Dolphin (the Task he was born to do best) and his Daffodil (the people-group he was born to best Serve). This is where his forcible contact will be the most Effective. Through experience, the HIM learns that the farther he strays from his D2X, the less IMPACT he has.

But Living Right invokes more than just the HIM’s personal Missionality. It also requires him to initiate Missionality in the lives of others by helping them unlock the secret that he has already discovered, that the Joy of Serving others surpasses all human understanding. Because Joy is an Essential Virtue which cannot be compromised, the HIM seeks to share it with other men through Targeting.

Missionality is also an Essential Virtue. Like joy (or honesty and faithfulness) it is universal, such that no Group can prosper without some percentage of its Members being committed to it. Without Missionality, there will be no Movement toward Group Advantage. Communities will wither, Organizations will inexorably disintegrate into Leeches and Teams will degenerate into Clubs.

Likewise, no Group that has Missionality in abundance can fail to prosper. Because its Members spend most of their time and energy Serving in their HIZ, Groups with Missionality are IMPACT machines that relentlessly seek Group Advantage. Missionality revitalizes Communities, transforms Bullfrogs into Lizards and gives birth to Dynamic Teams.

Regardless of a Group’s Mission, it is the Missionality of its Members that makes it Effective.

Targeting moves a man beyond himself

Right is the normal and upright position, the way the Creator formed us to live. A man who is Living Right keeps himself Right by helping other men to Get Right and stay that way. By hauling Survivors into his boat (at least for a season) and helping Sad Clowns flip their boats into the upright position, the HIM reinforces the Guardrails that protect his own boat from capsizing.

The Joy of Serving by seeking Advantage for others bolsters a HIM’s commitment to consistently and deliberately place himself behind his Creator and Community–what F3 calls Living Third. It results in the type of spiritual awakening that both inspires a recovering alcoholic to carry the message of AA to other alcoholics and enables him to continue practicing its principles in his own affairs. By focusing on the sobriety of other men, the alcoholic finds his own sobriety is easier to maintain.

In this way, the Targeting is akin to the 12th Step of AA. It is what moves a man beyond himself to what Maslow described as the very highest and most inclusive or holistic levels of human consciousness. It is what Christ called the greater love, the laying down of one’s life for his friends.

To Target is to give the greatest gift a man can provide, the freedom to move beyond himself into his High Impact Zone for it is only that he will find true Joy.

We usually think of rhythm in relation to musical beat and tempo. Rhythm is critical to music. A guitarist may accurately play each individual note in a song, but without rhythm it won’t sound right. If far enough out of rhythm, it might not even sound like music at all but rather a discordant jumbling of disconnected sounds.

Rhythm is also important to other physical endeavors, like the golf swing. A golf swing is a single physical act comprised of several discrete components that each have to be performed properly for the ball to fly where intended. There is the backswing, downswing, impact and follow through. If one of these components is mis-performed the outcome will be negative even if the other three are done perfectly. Yet, while performed discretely each of these components must also be properly integrated into one fluid motion–and that takes rhythm. Without the proper rhythm, what golfers think of as tempo, the components will not work together to produce an effective swing.

Practicing law taught me that rhythm is also a factor in non-physical actions, like performing a cross-examination. Knowing the right questions to ask a witness is essential, but having a feel as to when and how to ask them is the heart of an effective cross. In fact, you know your rhythm is spot on when your opponent makes a specious objection just to throw you out of it. It’s like a guy coughing in your backswing to disrupt your tempo during a golf match.

Although I’ve played a lot of golf and tried many cases, it wasn’t until my late forties that I also recognized the need for rhythm in the integration of my relationships between myself, those in proximity and God. I learned of Relational Rhythm in the same way I my eyes have been opened to many important pieces of Wisdom in my life–through Failure.

When my boat was capsized I had no inner peace. I could not drive for a mile on the highway without having to change the radio station to distract myself from my own turgid thoughts. I could not take a shower without having a fantasy where I performed some huge and heroic act in offset to the innumerable small and tawdry misdeeds of my real life. Un-Prepared Amateur that I was, I was powerless against the raging Flux in my life. My relationship with myself was an unpredictable daily misadventure.

Not surprisingly, this meant that my relationships within my Concetrica were in constant disarray. Lacking inner peace I was an undependable and selfish husband. Although my children were too young to realize it, I was a distant and capricious father. Although I had a few acquaintances, no man could call me a true friend. Empty as I was, I had nothing to pour into a younger man. I was even a mess at work–the one relationship that I should have been able to maintain because I could control it. But I couldn’t, because I couldn’t control myself. I was the proverbial man whose walls were broken through.

Bereft of inner peace and at odds with the people around me, I could not bring myself to interact with my Creator. How could I, a man who hated himself and was incapable of loving anyone else possibly think that I could be anything but a gross disappointment to the divine being that had formed me from dust to be something far different, far better?

Even though this is all so clear to me now, it wasn’t then. Then, I thought it was normal to be miserably misaligned and out of Relational Rhythm. Only later (after the strong effect of the forcible contact of the men who helped me flip boat to upright) could I see the Truth. Misalignment isn’t normal–it’s strong, regular and repeated interaction with one’s self, Concentrica and Creator that is normal. Relational Rhythm feels just like a golf shot with proper tempo, it’s smooth.

That smoothness was something I could see in the lives of the men around me who were Living Right. The Joy and peace they felt while moving in gracious synchronicity with all that surrounded them made them Content and I yearned to be like them, even though I had no idea what made them that way. They were the golfers who swung the club half as hard as I did but hit the ball twice as far. Their IMPACT was a direct result of the rhythm of their swing.

Because these men were Living Right they did more than just work on their own swing. They also helped me get mine right through Targeting. They initiated Missionality in my life. In leading me to my own High Impact Zone they both taught and demonstrated to me the necessity for Relational Rhythm. Through them I learned that the individual components of my life had to be working in sync for any of them to function properly. If my Queen is out of control, my M decelerates. When I don’t Meet, my Shorties suffer. If my Jester rules over me, my Mammon is in disarray.

A man’s life is a single thing comprised of many components that must be rhythmically integrated.