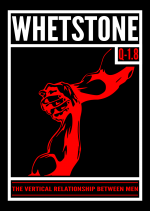 The Vertical Relationship Between Men

A man must be sharpened like a knife blade

Both a man and a knife are made to cut, but neither can be Effective until properly honed.

A knife is sharpened by a whetstone. While water is used to lubricate the whetstone prior to sharpening that is not where the “whet” part comes from. To whet actually means to sharpen, like with a man’s appetite and his curiosity. In other words, to whet both blade and man is to put on an edge, with a result that is sharp, dynamic and ready to cut. The unsharpened man is dull and lethargic, in-Effective as a Leader and ill-Prepared for the Obstacles he will face in his life.

Hard looks and straight talk (tempered by love) get results

Because the desire of an older man to pass on what he has learned to a younger man is natural, the vertical relationship between Stone and Blade has existed since men first sought the Advantage of gathering together into Communities. But like all relationships, it takes skill and effort for the Whetstone to work. To obtain that skill, a HIM does not wait until he is retired to begin practicing it. He is about the business of Sharpening younger men even while he himself is being Sharpened.

Sharpening does not happen by accident. It must be done with Deliberatude within a vertical relationship between two men who set out to see it happen. It works best between men who are not at the same point of their journey. For a Blade to be Sharpened properly, the Stone must be the harder of the two, at least for a season.

Like the Shield Lock, the Whetstone is a relationship that is subject to the 3P: it must be Proximate, Purposeful and periodic to be Effective.

– Proximity requires the Stone to physically meet with his Blade. While it is fine (good even) for them to also talk on the telephone and email, that is not a replacement for the physical meeting where they can look each other in the eye. Hard looks and straight talk (tempered by love) get results. That cannot be done virtually.

– To be Purposeful, the meeting between the Stone and the Blade must be more than the kind of inconsequential pizza party a Club would have–it must have a particular Outcome in mind: the Acceleration of the Blade’s Preparedness. The Stone’s task within the Whetstone is to help the Blade get ready for the expected and be ready for the unexpected by both encouraging him to turn Pro and providing him with the Bricks he will need to build his own Guardrails. Just as a Workout should Accelerate the HIM’s Fitness, the Whetstone should Accelerate the Blade’s proper personal alignment.

– There is no set rule for the periodicity of the meeting between the Stone and the Blade. It must be frequent enough to be Effective but not so frequent that the Stone and Blade smother each other. This is something both men must determine through trial and error. However, because it is (by design) a Movement away from the Status Quo it will cause pain, and it is man’s general hardwiring to avoid pain. As a result, the Stone must be deliberate to ensure periodicity. Otherwise, his Blade will drift away to something easier.

Through the Whetstone, the Blade receives something he lacked before, a honed edge to his life that he must possess to be Effective and have IMPACT on his Community. But the Stone gets something as well. In fulfilling his natural desire to pour into younger men he Accelerates his own pursuit of proper personal alignment.

Although we tend to think of hypocrisy in binary terms (as in you either are a hypocrite or you aren’t) the truth is that we all practice a bit of hypocrisy, at least subconsciously. None of our deeds match our words 100% of the time. Since we are all hypocrites, the question is one of degree–how big a gap is there between deed and word? The bigger it is, the less Right one will be. In other words, the Get Right requires the hypocrisy gap to be closing with Acceleration.

Nothing closes the hypocrisy gap for a man like having a Blade. Helping another man build his Guardrails through the formation of positive Habits strengthens the Stone’s Guardrails. This principle is reflected in the 12th Step of Alcoholics Anonymous: having had a spiritual awakening as the result of these steps, we tried to carry this message to alcoholics, and to practice these principles in all our affairs. The act of carrying the message goes hand-in-hand with practicing the principles.

Hypocrisy is dependent upon selfishness and self-delusion. The Whetstone results in an abandonment of self which deprives hypocrisy the fuel it needs to survive. By talking the talk to his Blade, the Stone finds himself more Prepared to walk his own walk. 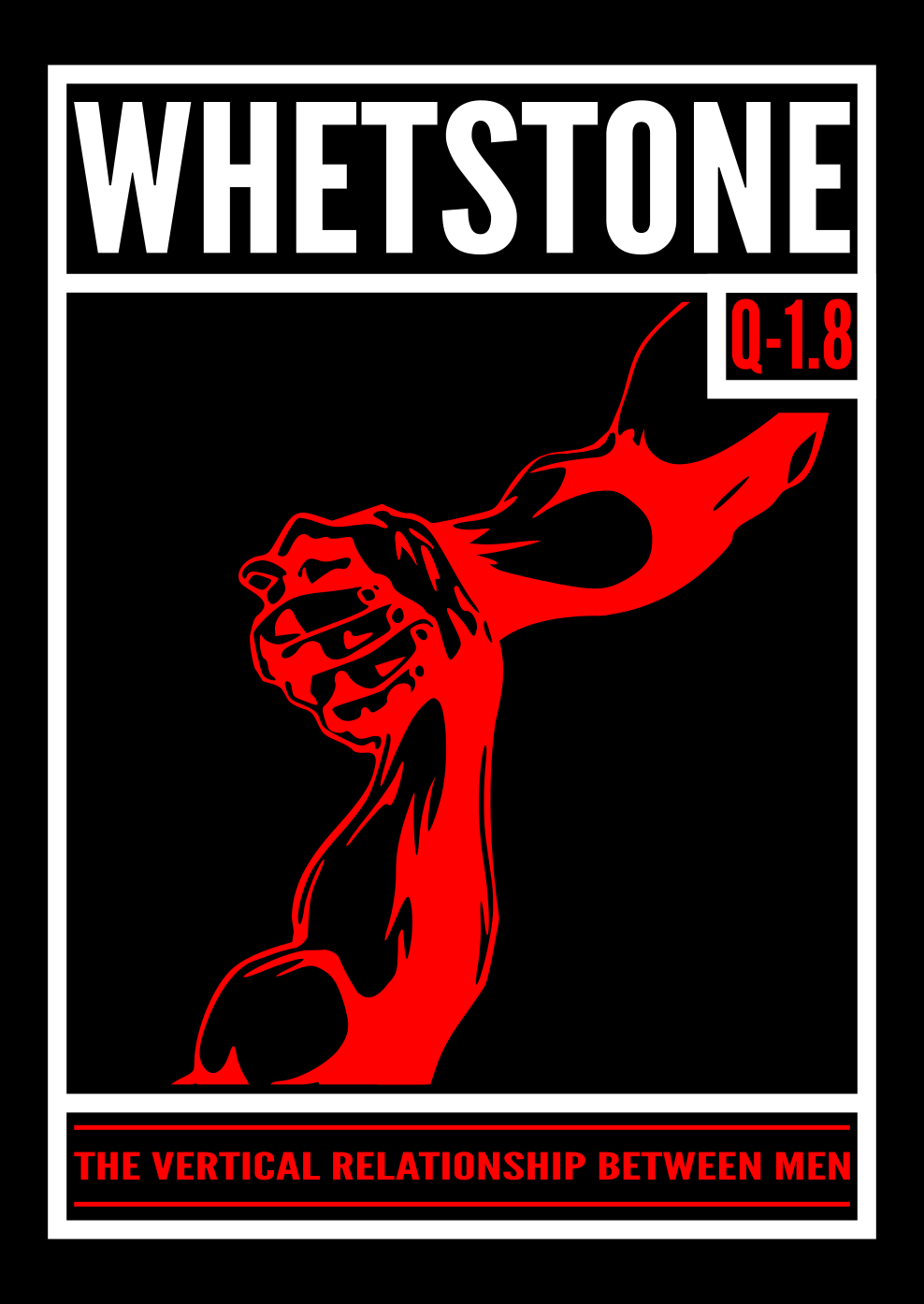