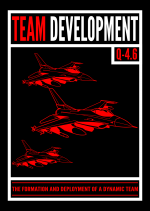 The Formation And Deployment Of A Dynamic Team

Dynamic Teams are essential to both Communities and Organizations

A Community exists solely to respond to the human need of its Members to dwell in close Proximity to one another for their mutual benefit. Thus, as a Group, it is a place to be rather than a thing that does. Because Community Membership is passive, requiring nothing more than general adherence to law and mores to be in good standing, a Community has no organic means with which to respond to urgent needs or external threat. Thus, it must depend upon Teams for the provision of security, the seeking of Advantage and the promotion of Shared Virtue. As a result, a Community without Dynamic Teams is at existential risk. Communities, as Groups that be, must be supported by Teams, the Groups that do.

In contrast, an Organization exists solely to realize its Articulated Purpose. As a Group, it is a thing that does rather than a place to be–its Members need not (and generally do not) live and work in close Proximity. As a result, an Organization requires the support of Dynamic Teams whose intimacy enables them to focus independently on the accomplishment of discrete Missions within the Organization’s overall Articulated Purpose.

Therefore, while the Team shares some characteristics with the Community and Organization, it is unique in that both Proximate relationships and Purposefulness are vital to its Dynamism. Without strong Proximate relationships between its Members a Team cannot exercise Teamwork. Likewise, if it is not Purposeful or has no Mission to fulfill, it is not a Team. It is a Club, which is only a loose combination of people seeking companionship.

Ultimately, a Team’s Dynamism is defined by the degree that it successfully accomplishes its Mission, and nothing else. To leave a behind a Legacy the Virtuous Leader must be a developer of Teams that achieve their Purpose through the performance of their Mission.

While the Virtuous Leader has IMPACT and builds Organizations, he Develops his Teams. Team Development is a far more deliberate and painstaking process than IMPACT-ing individuals and building Organizations. It encompasses the full range of actions a Virtuous Leader must take to form and deploy a Dynamic Team. Because Teams feature both Proximity and Purposefulness, Development requires the ability to build strong relationships and Leadership Skills.

E is for Equipping: matching the Team Members to its Mission–the Virtuous Leader ensures his Team has what it needs to be Effective.

For the Team to be Dynamic, the Virtuous Leader must continually reinforce each aspect of the process. He must constantly strengthen Trust, both between each Member and between the Members and himself. He must ensure that Team has the Members it needs to accomplish its Mission and that each man is fully Equipped to do what what is required of him for Team success. He does this by adding Members as needed, removing Members who cause the Team to Decelerate and realigning Members as they gain skills or the Team Mission changes. Finally, he must keep the the Mission forefront in all the Team does and continually direct and focus the Members toward its accomplishment.

Most importantly, the Virtuous Leader must place his own interests behind those of the Team and of each individual Member. He must Live Third. Doing so will cover a multitude of Leadership sins.

But if he fails to Live Third, nothing else he does do or doesn’t do will matter at all.

Dynamism is impossible without Virtuous Leadership

If a Task can be performed by one man, than there is no reason to form a Team. But when it is too complicated or difficult for a single person acting alone, then people must combine to see it through. And as soon as they do–BOOM–a Team is formed, whether they realize it or not, for a Team is nothing more than a Proximate combination of two or more people formed to perform a specific Mission for the benefit of a Community, an Organization or both.

Once formed, whether by happenstance or meticulous design, a Team will either designate one of its Members as the Q and vest him with the authority he needs to direct its actions, or it will fail to accomplish the Mission that brought it into existence. A Team without a Q is just a Club. There is nothing wrong with a Club, but it is not an organism that can accomplish anything other than facilitate Proximity. To be Purposeful, a Team is needed.

For this reason, Team Development is the key element in Leaving Right. Building Organizations (which we cover in the last QPoint) is critical as well, and will be the activity for which a man will likely be best remembered by the general public after he dies, but it is not as important to Legacy as Team Development. For it is Team Development, more than any other function of the Virtuous Leader, that most directly invokes the twin lodestars of Legacy building: 1) Advantage achieved for the Group, and 2) development of other Virtuous Leaders who will continue to seek Advantage for the Group.

Delegation is the foundation of Teamwork

Delegation is the Q’s entrustment of the performance of a Task to a Team Member. Once entrusted, the Team Member becomes an extension of the Q by acting under and with his authority. Logically then, the Q must must provide the Team Member with sufficient authority to accomplish the Task he has Delegated. If he doesn’t, the man will just spin his wheels in frustration.

A governing body vests authority in its agents to accomplish its many ministerial functions. Otherwise, a state (for instance) could not possibly function. This arrangement is literally expressed during a wedding ceremony when the officiant states “I, by virtue of the authority vested in me by the state, declare you to be wed, according to the ordnance of the law”.

In every elevator in North Carolina there is a document certifying its proper inspection that bears both the signature and (inexplicably) the photograph of the Commissioner of Labor. Although I have no doubts of the tireless efforts of the Commissioner on behalf of the elevator-taking citizens of North Carolina, it would be physically impossible for her to personally inspect every elevator. She has no choice but to vest the authority to conduct the inspections in others (probably many others) or the job would never get done.

But while she can delegate her authority to inspect North Carolina’s elevators (which in turned was vested in her by the state), the Commissioner cannot delegate the responsibility for the Task’s proper performance. That she retains. Authority can always be vested in others–but responsibility never can. I like to think that is why her signature and photograph is on every inspection certificate, although I suspect that it has more to do with politics than Leadership. Either way, it’s a good illustration of the point.

Elevator inspections and wedding ceremonies are good examples of Tasks that must be Delegated for the Organization to perform its Mission. But within a Team, it can be very difficult for the Q to differentiate between the Tasks he should Delegate and those he should perform himself. In his initial Opportunities, a young Leader (if he is conscientious) will tend to under-Delegate, which leads to exhaustion and ultimately Failure. Later (having learned from his Failure) he may over-Delegate, which leads to Failure of a different sort when a Team Member mis-performs a Mission-essential Task that the Q should have retained for himself. Both types of Failure are critical lessons in the Leader’s development and further illustrate the power and utility of Failure. It is the only way for a Q to learn how to make quick decisions on what and when to Delegate.

My (many) Delegation Failures ultimately led me to formulate the what we call the 80/1 Rule . Under the 80/1 Rule, the Q Delegates every Task that any man on his Team can do 80% as well as he can, except that 1% that absolutely and positively must be done by him. That means that he Delegates the other 99%. Of course, for those Tasks that the Q doesn’t believe a Team Member can do 80% as well as he can, he retains those as well. That breakdown will vary by Team and Q, but anyone who has ever worked with me (for example) would tell you that what I retain turns out to be a very short list. I am a very dispensable man.

As useful as it is, the 80/1 Rule has some implications that may not be self-evident:

First, it won’t work unless the Q is firmly Committed to the development of Sua Sponte Leaders within his Team. For a Member to reach the 80% level he will need to know the Mission and have been taught everything the Q knows. Most importantly, no man will not accept vested authority unless the Q has properly Incentivized the Member’s Individual Initiative. Without I2, Delegation fails.

Second, the Q’s objective must be to make himself dispensable by working his way out of his own job. He has to accept that his success in developing Sua Sponte Leaders will likely and periodically result in Team Members for whom the 80% level is only a Waypoint, not a ceiling. Because the Q is a Virtuous Leader, he will attract talented people who may very well eclipse him. The Q must see that as a feature of Delegation, not a bug.

Third, the Q cannot flinch from the performance of the 1%, those Tasks for which he bears ultimate responsibility for Outcome. These are the things that simply cannot be Delegated under any circumstance. For every Team the 1% will be substantively different, but they will all share the common characteristic of being the dirtiest, most dangerous and difficult Tasks the Team must perform. So, for the litigation Team in my law firm, that means that I am the one who must tell a client the bad news of an unwelcome Outcome. I can (and do) Delegate the telling of the good news–but the hard Truth, that must come from me.

How does the Q determine the 80 from the 1? Experience helps, but it actually isn’t all that hard. First, he identifies the 1% Tasks and Accelerates his Skill in performing them. Then, he begins Delegating the remaining 99% starting with those Tasks that other Members already seem to be doing well–that’s the low hanging fruit of Delegation. Finally, he invests the time and energy necessary to Accelerate hhis Member’s Skills in any area where they may be able to reach 80%.

If there is anything left over, that is his to keep. 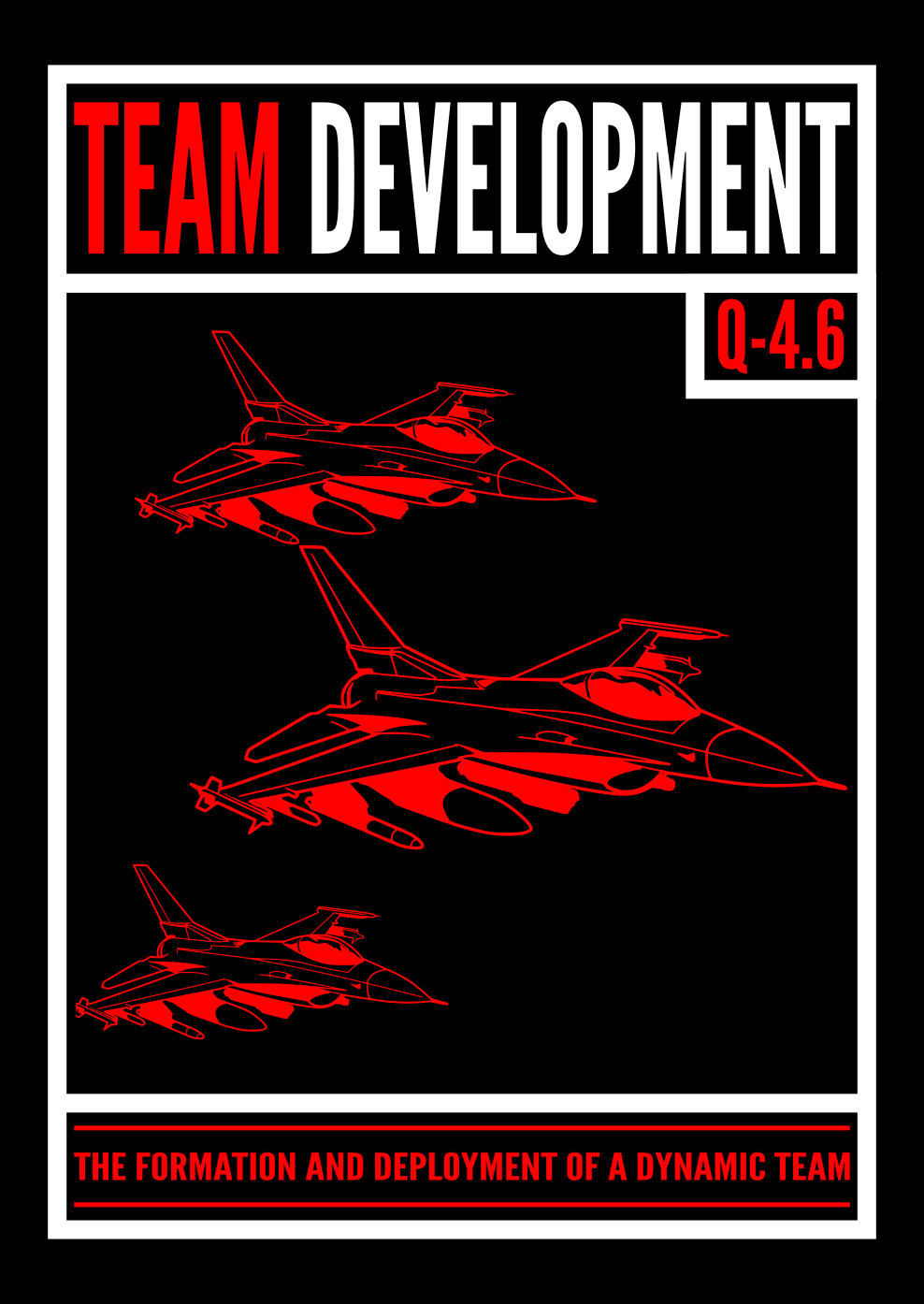 Just as a body, though one, has many parts, but all its many parts form one body, so it is with Christ.