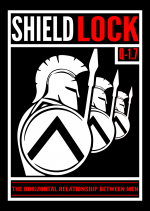 The Horizontal Relationship Between Men

Man hunts best in a pack

Man’s eyes are up front. We are hunters not hiders. In fact, we are the apex predator of the Earth’s apex predators. But unlike the other hunters, our success is not based upon strength, speed or the size of our fangs. It is our ability to hunt together in a very complex way that puts man at the very top of the food chain. No other animal can do that.

Some animals, like wolves, do hunt in packs because they have evolved to be more successful that way. But their focus is solely on their prey, what they can see before them with their eyes up front. When they claim their prey it is distributed along a vertical pecking order starting with the alpha male of the pack.

The man-pack hunts differently. Instead of focusing solely on his prey, a man also works cooperatively with other men in the pack to see what might be behind him. He recognizes that his eyes up front can only see from 9 through 12 to 3 o’clock. He is blind to his Six unless another man watches it for him. After all, what good is the hunt if the hunter himself is taken by something that sneaks up on him from a place that he, by himself, cannot observe? No man can see his own Six.

Having hunted as a part of a Team, man also distributes the catch that way. Instead of a vertical distribution driven by status, man shares the bounty horizontally, in recognition of the value each Member brings to the overall success of the effort. The man who watches the Six is just as important as the one who throws the spear.

Man the hunter is also born hard-wired to protect himself and his loved ones from other hunters. Recognizing strength in numbers, we combine into Communities for our mutual protection from aggression. When threatened, we lock our individual shields together into a defensive wall to repel the invader. While both threat and defensive means have evolved throughout history, this elemental fact of who we are has never changed. The HIM locks his shield with other HIMs to protect the people behind the wall.

A healthy Community will have multiple Shield Locks, groups of 3 to 5 men who form the horizontal relationships that protect and enrich us all. The HIM recognizes his Shield Lock as an essential relationship within his Concentrica and one of his most important Teams. He takes great care in nourishing it as he knows he can neither hunt nor defend alone.

A man who takes his wife for granted must confront her unhappiness when he gets home at night. A man who is inattentive to his children will quickly confront their need for his sacrifice no matter how hard he might try to ignore it.

In this way, the first two rings of the Concentrica are inherently configured to warn him that he is out of Relationship Rhythm and in danger of committing malpractice. But the third ring, the Shield Lock, is different. If a man’s horizontal relationships with other men are Decelerating (or worse, non-existent), there will be no jangling alarm to warn him of the danger. Gradually, he will become accustomed to trying to hunt and defend alone, despite how unsuccessful and unfulfilling the effort is. Such a man may not even realize that he is not Right until he finds himself completely un-Prepared for the unexpected. Then, like the Amateur he is, he will wonder why all his friends have “abandoned” him when the truth is that it his own negligence that is to blame.

The HIM, because he’s turned Pro, treats his Shield Lock like every other essential Guardrail in his life, by Bricklaying to increase Preparedness. To get ready for the expected and be ready for the unexpected, the HIM Accelerates his Shield Lock. This starts by viewing the Shield Lock as a Team rather than a club. They are two vastly different organisms that only look similar from the outside.

A Club is a loose combination of people seeking companionship. Its only real requirement for existence is some means by which it satisfies its participants’ desire to briefly combine. With a Club it is the companionship that is important, not its purported premise. So, for example, while the premise of a book Club is that its participants read a particular book and then meet to discuss it, the actual reading of the book is not nearly as important as the meeting itself. If a participant doesn’t get around to reading the book, he would still be welcome at the meeting because the actual point is companionship, not reading. Likewise, the concept of companionship itself is very flexible within a Club. The meeting could be virtual, if that satisfies the participants’ desire for companionship. In fact, for some poor souls, a virtual meeting might be about all the companionship they are prepared to handle.

Clubs serve a very important purpose within the Community, and it is not the intent here to denigrate them, but only to distinguish them from Teams for the benefit of a HIM who is seeking to Accelerate his Shield Lock. The Shield Lock is a Team, not a Club.

A Team is a Proximate combination of two or more people formed to perform a specific Mission for the benefit of a Community, an Organization or both. Whereas a Club exists solely to facilitate companionship, an Effective Team is governed by the rule of 3P, meaning that its Members must be in Proximity, have Purpose and meet periodically.

Proximity requires physical nearness. The Shield Lock will not function if its Members are geographically disparate. While men no longer literally interlock their shields to fight, the metaphorical battle still requires physical contact. Teams are founded upon Trust , and Trust waxes and wanes in direct proportion to physical distance. Trust is hard to build and maintain, and the farther away another man is the harder it is to Trust him.

The Shield Lock also has a Purpose beyond mere companionship. It is the means by which we fight the Flux, which is the emotional reaction to the peaks and valleys that appear throughout a man’s life. When things go well for the Amateur he is Happy and thinks the good times will roll on forever. When things go badly, he is un-Happy and thinks the world is out to get him. Happiness, the transitory positive feeling governed by mere external circumstance, is the province of the Amateur who is un-Prepared for the Flux. The Pro, through Preparedness, gets ready for the Flux because it is expected, and he also stays ready for its unexpected aspect: timing–he never knows precisely when to expect the next peak or valley.

By locking shields with other men, the HIM hedges his brother’s peak against his own valley, and vice-versa. He knows that his valleys will tempt him to the Flux, and that he will need the strength of his brother’s peak to maintain Acceleration. Likewise, he knows that it will be his peak that provides his brother the bulwark he will need when a valley draws him toward the Flux. This, not companionship, is the ultimate Purpose of the Shield Lock and its primary distinction from a Club.

Periodic is the final element of the 3P. The Shield Lock must come together periodically to be Effective. For the HIM, this is a form of preventive maintenance. The Amateur waits until the needle is on empty before he stops for gas, but the Pro fills his tank periodically–regardless of where his needle is pointing at any given moment. By meeting periodically, the Members of the Shield Lock recognize each other’s incipient valleys and proactively initiate the fight against the Flux as a Team. In this way, the Shield Lock parcels out the pain felt by the man in the valley and bears it together as a team.

Pain is finite. The more it is parceled, the easier it is to bear. 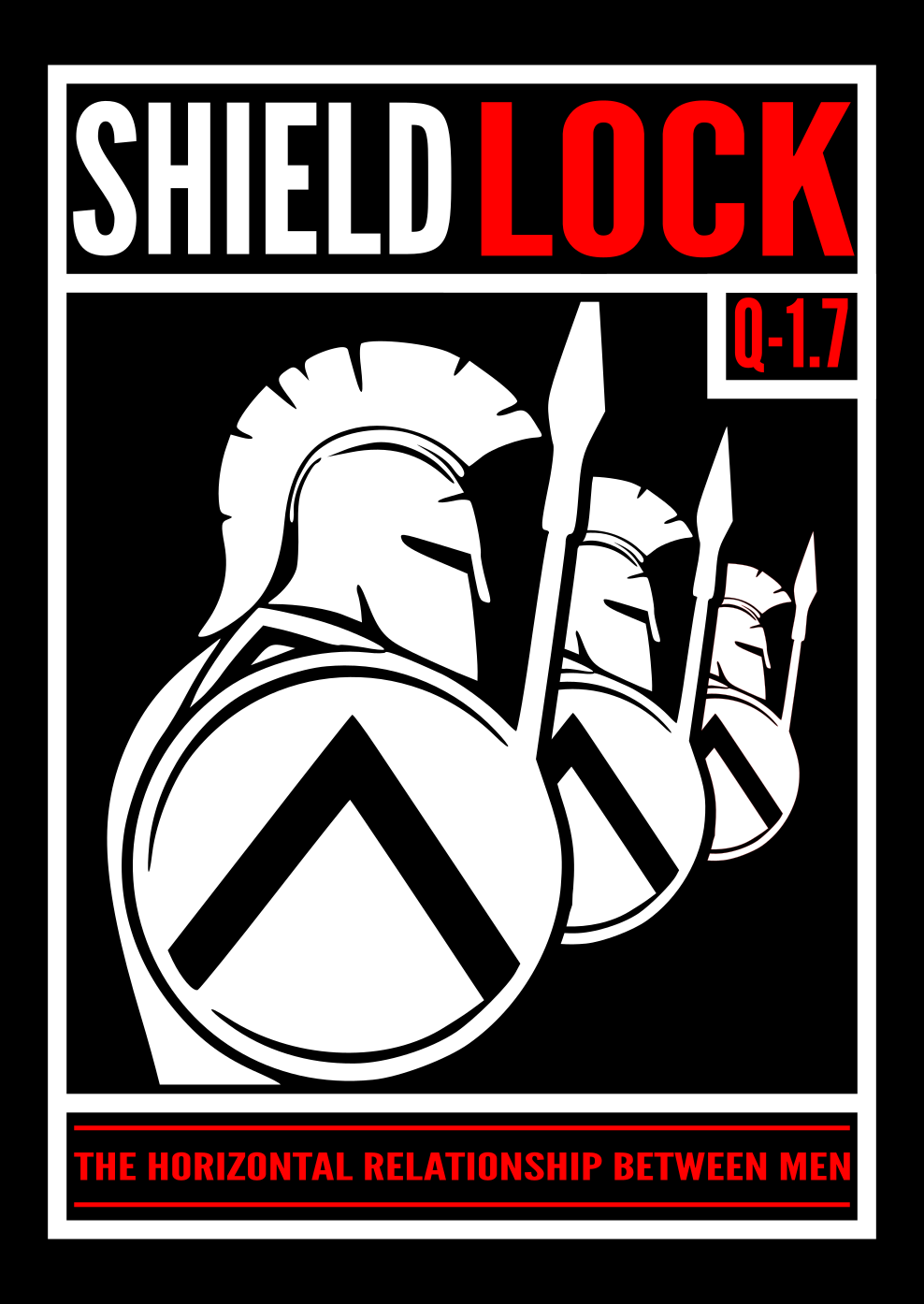 Though one may be overpowered, two can defend themselves. A chord of three strands is not quickly broken.