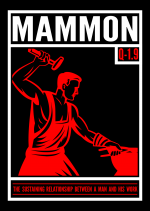 The Sustaining Relationship Between A Man And His Work

Work is a Virtue

Men earn their daily bread through the sweat of their labor. We call this the sustaining relationship because the HIM must feed himself and his family. Work also sustains and benefits the Community, as we are all created to perform some function for the betterment of those with whom we live in Proximity. The skill of the candlestick maker empowers him to light the darkness for both himself and his neighbor the baker, who in turn feeds him with wholesome nourishment. In this way, Mammon and Community are inseparable.

Work is also essential to a man’s personal well-being, not just in the material sense but in his pursuit of proper personal alignment. Idleness is not good for a man. It is a state of non-Movement that can keep his boat permanently capsized. Even a man who has retired after 40 years of hard work finds himself looking for “something to do” with his free time other than just playing golf. Play is not enough. A man needs work. We are hard-wired to produce, and not doing so knocks us out of proper alignment.

Mammon is a relationship, not a pursuit

It might seem odd to call Mammon a relationship between a man and his work. After all, isn’t work something we do rather than a person with whom we relate? Maybe Mammon does not even belong on the Concentrica.

While superficially logical, this premise is flawed for two reasons. First, it is dependent upon the narrow view that only people can be related, when in fact the definition of a relationship is much broader. It is the way in which two or more concepts, objects, or people are connected, or the state of being connected. Thus, the essence of relationship is connection, that some two things are connected–just what is connected is less important, and in fact could be virtually anything.

Second, the power of man’s connection with his work is so great that categorizing it as anything other than a relationship leads to underestimating its tendency to swallow his other relationships. Unless a man Prepares for it, Mammon will move inexorably to the center of his Concentrica and knock him out of Relational Rhythm.

There are three reasons for this:

1. Mammon Is The Easiest Relationship To Maintain

Unlike the other relationships on the HIM’s Concentrica, Mammon is limited in both time and scope. All jobs have a time-clock of sorts to punch. No job is 24/7. When a man leaves work for the day, he may keep thinking about it but he does not have to interact with it. He can take vacations from it. He can call in sick if he must. Do any of these time limitations apply to any of his other relationships? Can he punch out on his marriage for the night? Can he take a vacation from his children? Not really. Those relationships are all encompassing. There is no such thing as off-duty if your child is sick. Nor is there any limitation on the scope of a man’s duties as husband and father. A good boss will give you a clear job description so that you know what is expected of you. As a husband and father, you won’t need anything like that because everything is expected of you. Of all the relationships on the Concentrica, Mammon is the easiest to maintain.

2. Mammon Provides The Most Direct Affirmation

If you get a raise or a promotion you know you are doing your job well. But how do you know you are a good Stone or an Effective member of your Shield Lock? Does a man ever look at himself in the mirror and say “dang, I’m one fine husband”? How would he know? The clear feedback of the workplace tempts a man to turn away from the chaos and uncertainty of his life as a husband and father in favor of the easy and direct affirmation provided by Mammon.

3. Mammon Is The Only Relationship That Is Terminable At Will

A man can quit his job and start over elsewhere any time he wants (within reason). In fact, the culture encourages us to leave a job if the “fit” would be better elsewhere or if we are not as Happy there as we could be someplace else. Career selfishness is not only accepted, it’s a bit of cultural sin if not practiced.

But a man cannot apply that self-serving premise to his other relationships. Can a man quit his wife if he would be Happier someplace else with a less demanding or younger woman? Technically and legally yes, but it is still a lot more difficult to change wives than it is to change jobs. How about the children, can they be replaced when they become disobedient or difficult? Well, a man may be able to physically separate himself from his children, but he remains their father wherever he may roam. He can add children but he can never reduce their number. Mammon is really the only relationship that is terminable at will.

To Accelerate his Fellowship, the HIM views Mammon as a relationship he must address with Deliberatude rather than just a function he must perform to pay his mortgage.

While Mammon is critical to a man, his family and ultimately his Community, it is still the least important relationship on his Concentrica. As a Pro, the HIM prepares for the expected by always bearing the following in mind:

– If he loses his family and his Community to his work, there is nothing for his work to sustain–ergo, Mammon is least important

Few would argue with the logic of placing work behind family and Community. Even Goo Nation has its Oprah Bombs about the proper placement of work, like no man on his deathbed wishes he spent his life working more and there are no trailer hitches on a hearse. And yet, the temptation to elevate Mammon to the forefront of the relationship target is ever present. If unchecked, it becomes workaholism in full bloom. Once there, like every -holism, it will swallow everything else in a man’s life. It will consume him.

Because it is easy, affirming and controllable, the temptation to elevate the importance of Mammon is compelling. The HIM recognizes this temptation for the Jester it is and resists it. Through Preparedness he keeps Mammon in its proper place at the outer ring of his Concentrica.

The HIM may love his work, but he does not live to work. Instead, he works to enrich the lives of those he loves and with whom he lives. 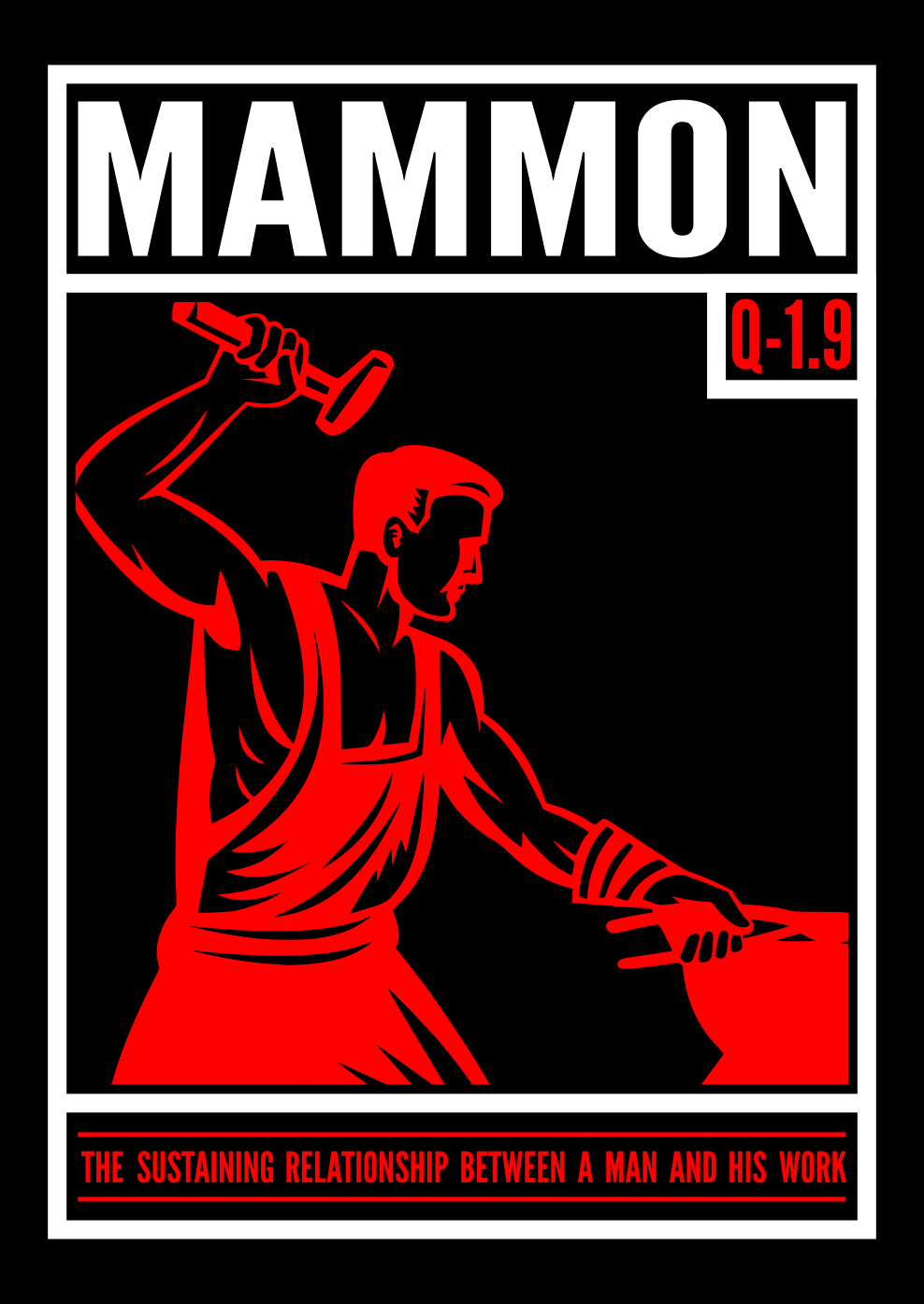 Whatever you do, work at it with all your heart, as working for the Lord, not for human masters.