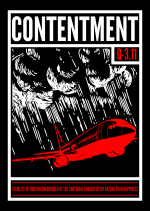 Joy is the stainless steel of the soul

Contentment is the fourth of the five F3 Leadership Virtues. The Virtuous Leader seeks Contentment because he knows that his personal stability will have impact that resounds throughout each of the Groups he Leads. He knows that if he fails to govern his emotions under all circumstances his followers will lose confidence, not only in him but in the entire Group and its Mission.

When air traffic control tells a pilot there is heavy turbulence in his aircraft’s path, he doesn’t start yelling at his passengers “to take your seats immediately and cinch you’re your seatbelts if you want to live through what’s coming next!”–that would cause panic. Nor does he keep the information to himself, hoping that ATC was wrong or believing that it would be better for his passengers if they didn’t have to worry about the turbulence before they encountered it–that would erode Trust. Instead, he tells the passengers (in an even tempered voice) to expect some “choppy air”, but that he and the copilot will do their best to find an altitude that will ameliorate its effects as much as possible.

The pilot’s Candor will ensure that he doesn’t lose their Trust, and his stability of emotion will help them prepare for what is coming by stabilizing their emotions. In this way the pilot has exerted Leadership by Influencing the passengers to Move (just a little) toward Contentment, which is as distinct an Advantage to a passenger strapped into a bouncing airplane as it is to a person passing through the rough air of his everyday life. Leaders who maintain their emotions during difficult circumstances set an example that their followers can use to battle the Flux when it periodically and inevitably descends into their lives. When faced with the rough skies of life, Contentment is critical to the Virtuous Leader.

A HIM Accelerates his Contentment by consistently pursuing Joy rather than Happiness. While they sound similar and are often used interchangeably by the culture, Joy and Happiness are actually very different conditions. While Joy is a permanent state of hopeful satisfaction unaffected by external circumstance, Happiness is a mere transitory positive feeling governed completely by external circumstance.

Joy is the fruit of a HIM’s enduring devotion to Getting Right and staying that way through the DRP. Joy requires nothing external to a person other than the Relational Rhythm that results from the strong, regular and repeated pattern of his interaction with himself, his Concentrica and the Creator. It withstands bad weather, physical ailments and financial downturns. Joy is the stainless steel of the soul, the stern stuff that resides in the stout heart of a HIM fully Committed to Leading his Group through every Obstacle that impedes its Movement. It is the foundation of his Contentment.

In contrast, Happiness is the warm comfort that derives from a toasty fire and a mug of hot cocoa on a cold night. It requires nothing of a man other than to be in the right place at the right time. Unlike Joy, Happiness is wholly dependent upon physical or emotional gratification and the conduct and emotions of other people. Whereas Joy is eternal, Happiness only lasts as long as the positive external circumstance is present. When the fire dies and the mug is empty, Happiness evaporates like the morning mist over a pond, leaving nothing behind but an empty yearning for its return.

Contentment is a Standard of moral excellence that is closely related (but not identical) to the third Virtue of Consistency. Whereas the Consistent Leader is unchanging over time because he has learned to Prepare himself for his emotional reaction to the inevitable peaks and valleys of his life, the Contented Leader is a man whose emotions themselves are stable because the undulations are subsumed by his durability.

Durability is physical and emotional toughness that is fostered through deliberate exposure to Hardship and Chaos. It is through Hardship–suffering caused by intense Adversity–that a HIM learns how deep the bottom of his Pain barrel is by finding the point that is just beyond beyond his capacity to tolerate, and pushing through to it. Only then will he know what he is fully capable of. And only then will he be able to begin increasing his Durability by subjecting himself to increasing Hardship. Durability, like everything else, is a condition that is either Accelerating or Decelerating.

The uncontrollable circumstance of Chaos serves an equally important function in the development of Durability. It teaches the HIM to master his emotions even when and where he has no Control over the people and Events that surround him. I assume that I would find it far easier to maintain a steady deportment behind the thick walls of a monastery, where rigorous rules of conduct provided me and the other monks with highly Controlled and uneventful lives of silent prayer and reflection. Or, even more radically, if I lived my life as a hermit, separated completely from the daily turbulence of the lives of the people in my Concentrica whose emotions, desires and behavior are outside of my Control.

In F3 we do this every morning by Posting to Workouts and subjecting ourselves to 45 minutes of Pain and Chaos. Periodically, we do it more drastically by participating in CSAUPs that push us to the edge (and beyond) of what we think we can withstand. Through the King, we increase our 3S2T (speed, strength, stamina, toughness-physical and toughness-mental) because we know that this will keep our Durability in a state of Acceleration.

As I write this, the idea of Durability seems very obvious to me. Hopefully it seems very obvious to you as you read it. Yet, it is completely anathema to our culture’s fixation on Happiness. Goo, the philosophy of universal Happiness, considers Durability to be a ludicrous and dangerous pursuit. Instead of fostering Durability, Goo Nation seeks Personal Comfort, which is the avoidance of emotional and physical Hardship. So, for the Gooist, depriving a child of full hydration (for even the shortest period of time) or unadulterated affirmation (for even the shortest period of time) are cultural sins of the highest order. But in shielding themselves from Hardship and Chaos, Goo Nation has created un-Durable people who need a constant flow of emotional warm cocoa to stay Happy. Because that is not possible in our fallen world, the net effect is to render them incapable of either Happiness or Joy.

Moreover, it creates Groups incapable of developing the Virtuous Leaders they need to Lead them to Advantage. Would you really want to step on a plane with a pilot who had never before flown through turbulence? Of course not. It is rough skies that make good pilots. Just as it is Hardship and Chaos that produces Durable HIMs whose stability of emotion allows them to keep going when the going gets tough because they are Content in all circumstances.

Some Truth: the rain of Adversity will fall upon the the good and bad alike. Because it invokes Hardship, the The Happiness-seeker sees the challenge of Adversity negatively, demanding to know how “bad things could happen to good people” (he, of course, assumes himself to be good). With Personal Comfort as his watchword, he will always seek to avoid Hardship and never learn to master his emotions.

But the Joy-seeker is different. He sees challenge in a positive light, as an opportunity to become more Durable by suffering through and overcoming Hardship. He grows by overcoming challenges, Accelerating his Durability and becoming increasingly Content.

The decision of how one will respond to Adversity (positively or negatively) must be made beforehand. The Joy-seeker is a Pro who uses Preparedness to get ready for the Adversity he expects and stay ready for that which he does not expect. In contrast, the Happiness-seeker is an Amateur who does not actively anticipate challenging Events, but instead tries to Control them when he finds them occurring in his midst.

The difference between these two approaches is also reflected in how the Pro and Amateur relate to challenging people. The Pro maintains Relational Rhythm with the people in his Concentrica by getting ready for the behavior he has learned through Proximity to expect from them. He knows that they (just as he does) have challenging aspects of their character that arise from their individual traits and backgrounds. The Pro also stays ready for the unexpected behavioral idiosyncrasies of people he does not know well, or at all. Thus, for both the expected and unexpected the Pro relies on Preparedness rather than Control because he knows that he cannot dictate the behavior of others. It just doesn’t work.

In contrast, because he is a Happiness-seeking Amateur, the Mascot is incapable of maintaining his equanimity when confronted by someone whose behavior or ideas disturb him. Reliant as he is on external factors for his Happiness, he seeks to Control the behavior of others in order to protect his Personal Comfort. Taken to its logical conclusion, there is no end to what type of behavior the Mascot will find disturbing–including the mere opinions of others with which, even temporarily, he may disagree. Thus, any any affront to a Mascot’s Happiness is an aggression that constitutes some form of hate-speech regardless of the intent of the speaker.

Ultimately, the Mascot’s quest to protect his Happiness by Controlling the Events and people around him is self-defeating because it cannot be done. The weather, the economy and the behavior and ideas of others are things that move and flow Dynamically. Trying to Control them is like playing a giant game of wack-a-mole on a hockey rink armed with nothing more than a palm frond. The energy wasted in the fruitless pursuit of Control would be far better spent on Preparedness. 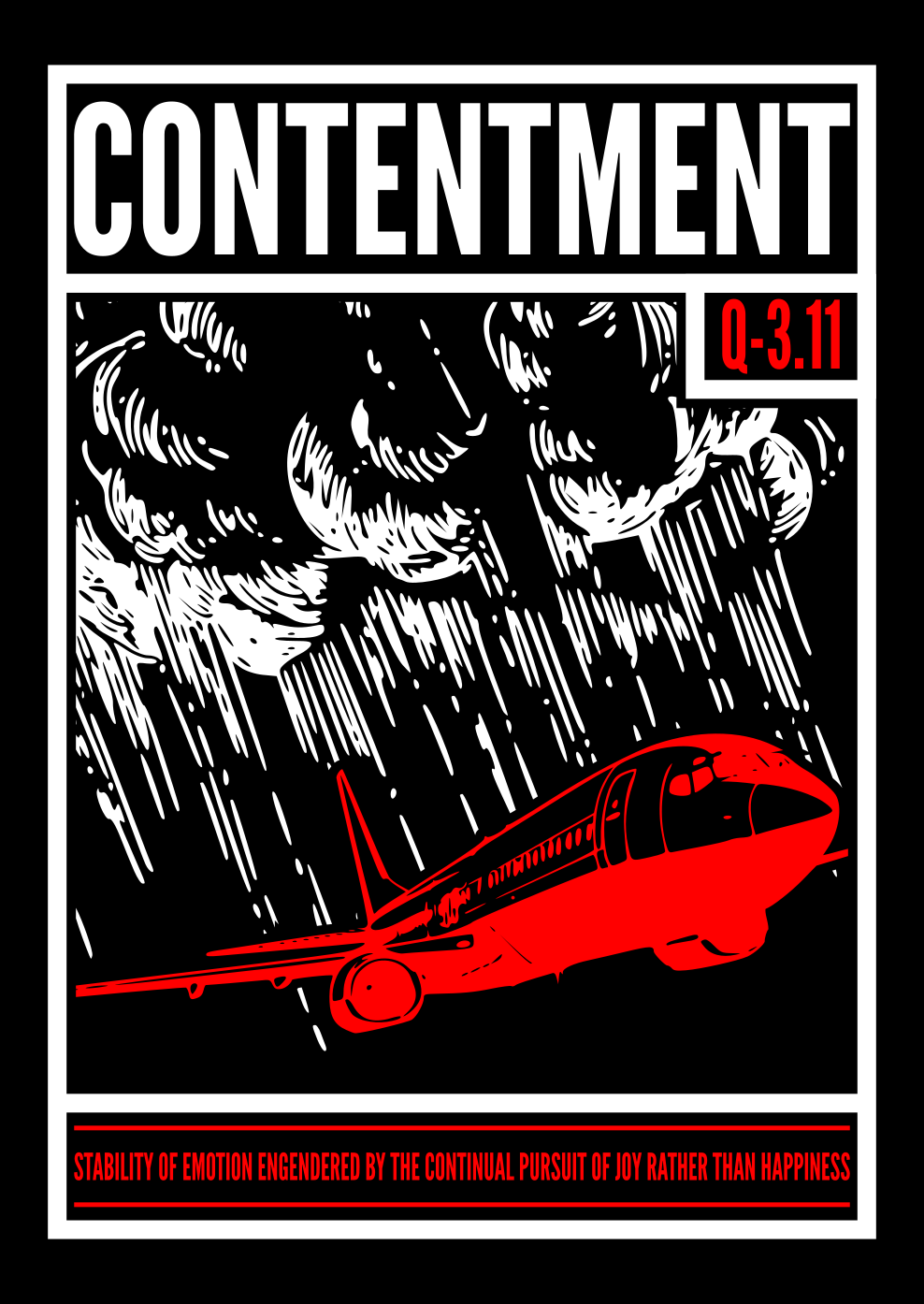