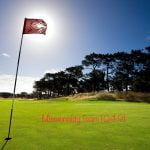 Teamwork begins and ends with Mission

A HIM, because he is a Virtuous Leader, forms and deploys his Team to perform a specific Mission for the benefit of his Community or an Organization in which he is a Member. The Mission arises from an Advantage sought for the larger Group or in response to a Problem that the Community or Organization cannot itself remedy because it lacks the combination of Proximity and Purposefulness that is the distinguishing feature of the Team from other Groups. Communities cannot solve Problems (without Teams) because they are not Purposeful. Organizations, while Purposeful, also struggle to solve Problems (without Teams) because they lack the Proximity that is required to facilitate Teamwork, and without Teamwork, nothing of Advantage will happen.

A Team’s Mission is similar to a man’s Mission in that it is a Course Of Action taken to achieve a particular Purpose. A Course of Action is an integrated scheme of Tasks and Events that the Q devises to bring the Solution into fruition and eliminate a Problem or to gain Advantage for the larger Group. The Course of Action is the Team’s Mission, the things it does (its Tasks) and the reason it does them (it’s Articulated Purpose).

Tasks are different than Events. Whereas a Task is an action performed, an Event is something that occurs, whether planned or not. In Mutual Competence (Q3.2), we used the following example to illustrate the difference between Tasks and Events: baking a wedding cake is a Task, while the wedding reception is an Event. In the performance of the Team’s Mission, its Members will combine their actions through Tasks and Events in an efficient and potent way so that the Course of Action is successful.

Anything that distracts from the Mission inhibits Teamwork and is an enemy of Team Prosperity. Thus, the Q must constantly reinforce the Mission to focus the Team’s energy on achieving its Articulated Purpose and defend its Members from the temptation to expend resources on Problems that it was not formed to solve or Advantages that do not increase the Prosperity of the Community or Organization that the Team serves. Lack of focus and wasted energy are both distractions that the Q seeks to eliminate by prioritizing Team Mission Accomplishment.

The Team’s Mission is both directive and protective

The degree to which a Team is Dynamic will be based wholly upon its ability to accomplish its Mission. Teams that can’t or won’t perform their Mission become static and ultimately morph into Clubs or simply disintegrate.

To keep that from happening, the Q constantly reinforces Missionality by ensuring that Mission accomplishment is the Team’s first priority. This requires Deliberatude, for the Q will encounter both the internal tendency of the Members to coast or become distracted by shiny non-Missional objects, and external demands that have nothing to do with the Mission.

The first step of Missionality is to determine the Problem the Team exists to solve or the Advantage it is seeking on behalf of the larger Group. This provides the Q with the Team’s Purpose. A Team can be formed for any legitimate Purpose, but it cannot exist simply to exist. In other words, if a Team’s Purpose includes the verb to be, than you have a Club not a Team.

F3’s Problem to be solved is dormant Male Community Leadership

The second step of Missionality is to determine the means by which the Team will solve the Problem or seek the Advantage. This provides the Q with the Team’s Task, the thing that will be done to realize the Purpose.

The third step of Missionality is to combine the Task and the Purpose into a short and concise statement of the Team’s Mission.

The fourth step of Missionality is to write the Mission down someplace public so that the Members can read it, and to periodically ask them to recite it without reading it.

The fifth step of Missionality is to direct substantially all of the Team’s efforts and resources into the accomplishment of the Mission and resist all external pressure to do anything but that.

The Mission provides the Team with both direction (internally) and protection (externally). But it only works if the Q injects a spirit of Missionality into the Members by ensuring that Mission accomplishment is always the Team’s first priority.

With Missionality, a sidewind is the same as a headwind

I stepped up to the tee of a par 3 one blustery day and did what I’d seen good golfers do for years–I threw some grass in the air to gauge the wind direction. Sweeper Boy asked me why I was doing that.

“Well, you know (wondering why a guy who was a much better golfer than me was asking me that), so I know how to handle the wind.” I replied uncertainly.

“OK, but what if it’s a sidewind?” I asked, a little confused.

“Same as a headwind: hit an extra club. If there’s wind, it’s either at your back or not. Sidewind is the same as headwind.” Sweeper was right about that. In golf, the wind is either directly helping or it’s hurting. No wind is neutral–a sidewind is the same as a headwind. The same is true with Teamwork. Every action a Team Member takes is either directly in furtherance of the Mission or it is inhibiting Mission accomplishment. There is no such thing as a sidewind when it comes to Teamwork.

Take the NFL as an example. The Purpose of the NFL (which is an Organization) is to make money. It’s publicly stated Purpose might be something more Gooistic, but that’s just public relations. As a Group, it exists to make money, as much money as possible. As a football fan and a capitalist, I have absolutely no problem with that.

To achieve its Purpose of making money, the NFL performs a particular Task, which is to pit its 32 Teams against one another in weekly football games in order to entertain its stadium and television audiences, from whom it collects revenue in a variety of very inventive ways. The Teams (I’m talking about the players and coaches), while they are part of an Organization formed to make money, actually have a different Purpose and that is to win football games. They get paid to coach and play, but their Purpose is to win. If they don’t win, they will shortly find themselves making much less money.

Collectively, the NFL can never “win” more than 256 games in any given football season. That’s because it has 32 Teams who play 16 games each (I’m taking out ties to keep the point simple). Thus, it is cannot logically be the NFL’s Purpose to win football games, because it will always win the same number of games no matter what it does. But the Teams? They have to win, or their coaches will get fired and their players cut. Their Purpose is clearly to win games. Making money is downstream from winning for them.

Although the NFL and its Teams have different Purposes, the align and support one another very well. When the players practice hard to gain the Advantage they need to win, the games are better played and the audience is more entertained. That leads to more money for the NFL and more money for the players. That is a very effective Incentive. Thus, practicing hard and playing well are clearly tailwinds for both the Teams and the NFL, in that they are activities that advance the Prosperity of both.

Conversely, If the players say and do things that are appealing to the NFL’s fans, that doesn’t impact the outcome of the games or make them more entertaining, although it probably has some indirect impact on making money in the sense that happier fans are stickier fans. Thus, having the players say and do appealing things are mild tailwinds for the NFL but not for the Teams. For the Teams, they are sidewinds–the question being how strong.

But what is it to the Teams? Just like the saying and doing of appealing things, controversial things is not a headwind because it does not reduce winning. But it does not increase winning either, so it is at best a sidewind, and when it comes to Teamwork a sidewind is the same as a headwind. It doesn’t advance the Mission. In golf, it requires more club to hit the ball the same distance. With Teams, it saps resources the Team needs to accomplish its Mission and obscures the focus of the Team Members. It makes the Team less Prosperous.

By now, you’ve probably determined that I’m referring obliquely to the Anthem Protest that began with Colin Kaepernick in 2016. Reasonable minds can differ as to whether the Anthem Protest is a “good” thing or not (I’m not taking a position either way), but I doubt there would be much argument over whether it is a controversial thing. A large percentage of fans support it, but a (roughly) equal percentage oppose it, and the feelings of both factions run high.

While there there is certainly an argument to be made that the Anthem Protest arises from a very important societal issue and that an exception to the sidewind rule should be made, the challenge for the Leaders of the Teams is that in doing so they might open the door for other important societal issues. Once you’ve allowed resources to be diverted from the Team’s Purpose for one important thing, there is no real argument against doing it again, and again and again.

One could also reasonably argue that it is the NFL itself that first opened this door when it began playing the national anthem prior to its games. So, this argument would go, if playing the anthem is an acceptable sidewind, who is to say that protesting the anthem is not also acceptable? That’s a pretty good argument, and it has created a Problem that the NFL and its Teams have to solve.

I am not proposing a Solution to the Problem, but I am contending that the Leaders of the NFL and its Teams have not done so either. They have allowed this sidewind to blow for two years (at the time of this writing) hoping, apparently, the storm will subside on its own. I further contend that it is not Effective Leadership to allow an Iceberg of a Problem fester in hopes that it will melt away on its own. Either the NFL and its Teams should embrace the Anthem Protest as an acceptable sidewind (in the same way they embraced the anthem itself), or take action to stop it. There is no middle path.

If a Leader does not prioritize Team Mission accomplishment it is very unlikely that its Mission will be accomplished.