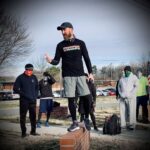 After recently transitioning his role of F3 Greensboro, NC Nant’an, Tommy Boy has taken over as Executive Q of Education for the Nation. Read more on how his passion for bringing people together and removing obstacles allows them to accelerate. Plus, you’ll learn his secret to dropping 50 pounds in a matter of months. 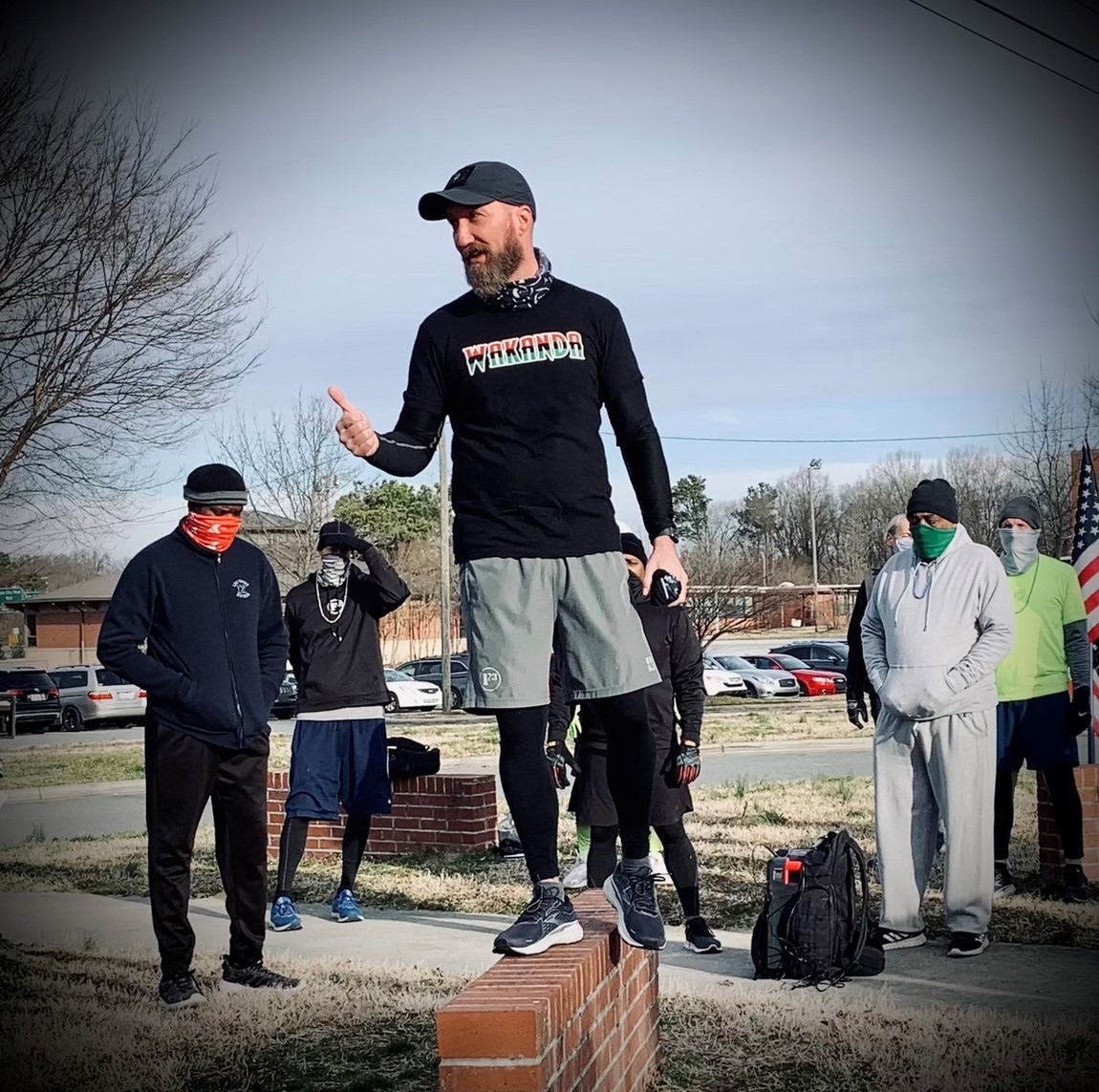 Italian Job: Tommy Boy, tell us a little about yourself

Tommy Boy: Cory Phillips, 45, Tommy Boy. My home region is F3 Greensboro, NC. I recently handed off the Nant’an shovel flag and have taken on the role of Executive Q of Education for F3 Nation. I’m married to an awesome lady – she’s known as Butter in FiA. My 2.0s are PK (also FiA) and Wookiee (also F3).

IJ: So how do you stay so svelte?

TB: I joined F3 the lose weight. The day I started, I weighed 215. Seven months later I was down to 165. I wanted to do everything I could to be involved any way I could – which required me changing my eating. My biggest win was to stop eating two hours before bedtime. That was a huge shift. After dinner I go straight to the bathroom and brush my teeth.

IJ: So, tell us about your mammon.

TB: I’m the Director of the Roberts Center. I develop and lead all of the community-facing programs for a Southeastern Region-wide personal injury law firm. Rather than spending community dollars for charity dinners, they have reallocated those funds for cause marketing. Example: we want to keep kids safe while riding their bicycles, so we provide and fit children with helmets as part of our “Kids Zone” program. We also teach them hands-only CPR, internet safety, physical wellness, and combating bullying. I manage our scholarship programs, Employee Wellness initiatives and Non-Profit Leadership Development Program. I love it because my mammon and D2X are well-aligned to bring people together and remove obstacles so they can accelerate.

The firm’s mission is to stand up for others. Our core values are to care like family, listen, to learn, and do what’s right. It’s exciting to work someplace with a mission that so closely aligns with the mission and credo of F3.

IJ: Awesome stuff. In your new role, what kind of plans do you have and what are you excited about?

TB: So it’s kind of this trident of acceleration for the Nation. Tip of the spear 1: supporting GrowRuck, spear 2: growing Q Source, and spear 3: a manual we are currently calling “Stuff Worth Trying.” The latter is a way to remove obstacles from guys attempting to accelerate. Part of that is learning from our failures. It’s providing men a “best practice” manual for things like starting a 2nd F, launching a CSAUP,  or how to get involved in community service. It will connect PAX to ideas and contacts for optimizing their efforts and growth.

IJ: Anyone that has met you knows your passion for equality. Care to elaborate on that?

TB: It kind of boils down to a great quote I read on a random marquee, “At the end of the day, I’d rather be excluded for who I include than to be included for who I exclude.” Part of my Christian Faith is that we should live out our life as close as we can to Jesus. He was the fringe player; always hanging out with those that others said “he wasn’t supposed to be with” or talking about things others said he shouldn’t be sharing. My life is abundant because of knowing so many different people that don’t look, act, or sound like me.

IJ: What is Greensboro doing to make F3 reflect the diversity of their community?

TB: We put a mission behind our efforts. Our mission is to make F3 accessible to all men in our community. To do that, we have to actively and passionately pursue those men. When you focus on areas instead of colors, it just kind of happens organically. If we are to grow F3, we have be in as many areas in our collective regions as possible. By default, you will start coming up alongside men that don’t look like you. Then all of the sudden it’s a year later and you have a more impactful PAX because it’s representing and serving all voices. In Greensboro, we have found our IMPACT; we cut through the all the treble in the ether and dug down deep to find our bass note…which is brotherhood.

IJ: As always, this was a pleasure. Last words are yours. Anything you care to share with the Nation?

TB: I am convinced that vulnerability leads to validation for all men. So, if guys have questions, doubts, whatever, contact me. As long as you are sticking to our mission, core values, and credo – you’re not going to break F3. I wish I would have learned that sooner. So, if guys are trying to figure out how to do something, that’s why I’m here. You can ping me at [email protected] or on twitter @phunnyhaha or on Slack at Tommy Boy (XQ of Education).

Excellent article about a great guy who has a gift. STITG MY FRIEND