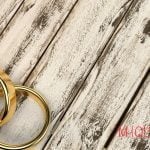 The Transformative Relationship Between A Man And A Woman

A HIM who has gotten his relationship with himself Right naturally begins to Accelerate his Fellowship, his healthy relationships with those in Proximity.

While Fitness is largely an inward-seeking endeavor, Fellowship is primarily outward-seeking. It is the sum total of a man’s relationships with his family, friends and Community, the people he will most directly IMPACT during his life. Keeping those relationships Accelerating throughout his lifetime takes as much daily discipline and attention as it does to maintain his weight and waistline. In fact, Accelerating Fellowship requires even more skillful effort from the HIM because it necessitates collaboration with other people. Other people with minds, attitudes and objectives of their own that he cannot Control .

The HIM treats this skillful effort as a deliberate practice that he applies and seeks to improve upon each day of his life. To do so, he must first reject the Oprah Bomb of “work-life balance” as the cultural bromide that it is. While the HIM must work to provide for his family, his work is not wholly counter-balanced by the sum total of his other relationships–it is far less important than that.
Moreover, the HIM knows that no man can put into a state of balance that which is largely outside of his Control. Only inert things, things that never change, can be balanced through the use of a scale. Unlike static matter, relationships are Dynamic and ever-changing because that is the way people are. Their needs, desires and attitudes are in a constant state of fluctuation and change. Instead of trying to balance them, the HIM uses Preparedness to stay in Relational Rhythm . His goal is not a static state of balance, but rather that of Dynamic Equilibrium, which is relational stability within the Concentrica.

Maintaining Relational Rhythm is like the circus act of spinning plates on poles. The HIM knows that just as some plates need more attention than others to stay upright, some people in his Concentrica will need more care than others to stay Right. He also knows that he has no hope of Controlling either the timing or degree of care any one person will need, so he focuses instead on Preparedness by getting ready for the expected and being ready for the unexpected.

In this way, the HIM Accelerates his Fellowship.

The M is the HIM’s most important relationship

To foster Relational Rhythm the HIM rejects the imagery of weight and balance in favor of a vision of his his Fellowship as an array of concentric rings–like an archery target–which we call the Concentrica.

On his back the HIM carries a quiver of arrows that represent the finite time and energy he has been given in his life by the SkyQ. Just as with the days of his life, he has no idea how many arrows he has been provided, so he shoots each as if it were his last, aiming at the center of his Concentrica in order to have the most IMPACT and avoid committing relationship malpractice.

At the bullseye of the Q’s Concentrica is his M, his relationship with his wife, the one upon which all of his other relationships are founded. The M is the HIM’s transformative relationship because through it he becomes something new–legally, practically and spiritually. Before marriage, a man is an “I”, but afterwards he is part of an “Us”. The HIM aims most of his arrows at the M because if that fails, the rest of his relationships will fail as well.

King Solomon had the means and opportunity to test every single thing in his known world to discover the meaning of life. After a lifetime of experimentation, this was his conclusion: enjoy life with you wife, whom you love. The works of Solomon were mighty, unprecedented in their time. Yet by the end, he saw his accomplishments as nothing but meaningless toil under the sun. But a man’s wife, the one he loves, that is where Solomon believed a man should focus his energy. It is there that a man finds meaning.

Accelerating the M requires both skill and love

Marriage is not easy–it is not supposed to be. But because he never quits working at it, the HIM ultimately develop the skills he needs to enjoy life with his wife. To avoid committing
relationship malpractice with his wife, the HIM focuses on five points of marital Preparedness:

The M will not prosper if the HIM thinks in terms of maintaining its vitality rather than Accelerating it. For the HIM:

– Movement is action taken in furtherance of purpose

– Momentum is the sustained Movement that results from Acceleration

– To Decelerate is to decrease the pace of Movement

With this in mind, the HIM knows that he is either Accelerating or Decelerating in all of his endeavors and relationships, particularly with his wife. There is no other in-between state of nature as such as “maintenance”. If you think you are maintaining, you are actually Decelerating because there is no Status Quo . That is the myth of the plateau. Thus, the HIM never thinks of maintaining his marriage. He always focuses on Accelerating it.

2. The Culture is a Jester

While the culture purports to embrace marriage it is actually a hinderance to Acceleration. It breaths truthy-sounding lies like my wife is my best friend, and we try every day to meet each other halfway, and we’re pregnant! Why does our culture resort to Oprah Bombs like these when it comes to marriage? Probably because it doesn’t believe that anything so difficult can possibly be so good. The HIM knows the inverse to be true. Virtue takes work–it is the un-Virtuous act that comes easily and “naturally”.

3. There is no Fifty Yard Line

Halfway is not good enough when it comes to the M. It is not a football game where husband and wife meet at the fifty yard line for the coin flip. The HIM must drive the ball the full length of the field and stay in his wife’s red zone, regardless of whether she even breaks the huddle. To the Sad Clown focused on balance and fairness, this seems unfair and out-of-balance. Perhaps, but that’s what Acceleration requires when it comes to the M.

4. Your Wife is not Your Best Friend

She is made for a much higher purpose. There is a pedestal in the life of the HIM that is set out for his wife and there is no room on it for his best buddy (that relationship is actually two more rings out on the HIM’s Concentrica). Nor is a marriage a joint-venture within which man and wife have equal and identical roles.

Husband and wife may both become parents, but it is only the mother who is pregnant. The lives of both husband and wife are changed by parenthood, but it is only the mother whose body is rearranged from the inside out, and only she who spends nine months in a state of complete vulnerability–during which the HIM is to be her stalwart and constant protector. The HIM does not let the culture confuse him. He knows his role, and it is nowhere nearly as important as hers.

The culture often uses Joy and Happiness interchangeably, but they are actually very different things. Happiness is a transitory positive feeling governed by mere external circumstance. Happiness is a full belly–it goes away when you get hungry again.

In contrast, Joy is not so ephemeral. It is a permanent state of hopeful satisfaction that is unaffected by external happenstance. Joy cares not whether a man’s belly is full or empty. It requires a long view, well past the toils and triumphs of any given day. The HIM is a Joyful man under any and all circumstances because his vision is cast at a point well beyond the day before him. His focus is on the end and beyond.

What do Joy and Happiness have to do with marriage? Simple, a healthy and vital M is a lifetime pursuit. Anything designed to last a lifetime needs the pure fuel of Joy to grow and prosper. The short term warm and fuzzies of Happiness won’t do the trick. Happy-focused men give up on their marriages when the going is rocky because they are un-Happy. But the Joy-focused HIM views those same rough spots as the precise time to double-down on his Commitment to his bride.

Anybody can stay married on a full belly. But it is within the crucible of hunger where the true bond between man and wife is formed.

Marriage is a Team, not a Community. It requires Proximity and purpose to succeed. It transforms a man from a selfish Happiness-junkie into a selfless Joy-seeker. The HIM knows if he fails at his M, nothing else he does will matter.

I read this QPoint to my M in order to express my commitment to her as the Most important person in my life. She liked it.

Need to read this to my M!