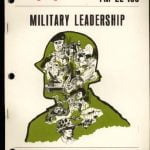 The Lexicon Of Virtuous LeadershipÂ

The QSource is not a revolutionary theory of leadership. Revolutionary leadership theories are a myth because all leadership is founded upon a common set of principles that have been gradually evolving through trial and error since the first caveman led his tribe to higher ground to escape the rising flood waters.

What distinguishes one leadership philosophy from another–what makes it useful in a leader’s quest to influence movement to advantage–is its manner of organization and uniqueness in Language . Because it is an outgrowth of F3, the QSource relies upon the same rich lexicon that the PAX use to communicate within F3. Any man who has posted to an F3 workout knows that F3 has a unique word or definition for any concept that we consider to be mission essential. You will find that to be so in the QSource as well.

The culture denatures words to uselessness

Take the word accountability as an example. If you look that word up in the dictionary you will find some form of the following definition: an obligation or willingness to accept responsibility or to account for one’s actions. That definition, while technically accurate, isn’t very useful in advantage-seeking because it doesn’t tell you how you do it.

Moreover, the culture has further maligned the word into full-blown uselessness. Very smart people routinely say things like “yup, this is the year I start holding myself accountable.” While that may sound good, it’s actually a useless statement because nobody can hold themselves accountable. If that were possible, the word accountability would not need to exist because the concept of accountability would be unnecessary–we would all just lead ourselves down the virtuous path through our own self-will. But we can’t, at least not enough of the time to render the world free of the problems that the concept of accountability arose to address in the first place.

As a result, for the purpose of the Language of effective leadership, the word accountability has been denatured by the culture and rendered useless. Which is not good, because the concept of accountability is inexpressibly important to the skill of leadership. Without accountability, leaders cannot influence movement to advantage.

Effective groups have a unique Language

So, in order to recapture the concept, we redefined the word. Thus, the F3 Lexicon defines Accountability (note the capital “A”) as submission to standard through enforcement and consequence. To practice Accountability there must be a Standard (an objective measure of performance or behavior), Enforcement (an external force to apply the Standard) and Consequence (the result of the Enforcement of the Standard).

Thus, when the PAX use the word Accountability they mean the submission to Standard through Enforcement and Consequence; just as when we say PAX, we mean the members of F3Nation. These are just two examples from the Lexicon–there will be many more.

F3 is not alone in the employment of unique Language. Every Effective group has its own Language, whether it be the United States Army or the New England Patriots. The Army has field manuals that are full of its uniquely defined doctrinal principles and the Patriots have their playbook. Both perform the same essential function–to provide their leaders the linguistic tools they need to Effectively influence movement to Advantage within the group.

Like the Army and the Patriots, F3 is also an organization that seeks Advantage. To do that Effectively requires a unique Language, and for us that is the Lexicon.

â€ªThe Virtuous Leader articulates his Vision through Persuasion and Exhortation so that his team accomplishes their stated Mission.â€¬