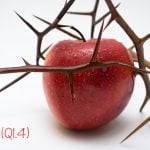 Every man has his own personal Jester

The Jester is the temptation of the flesh that hinders Acceleration. It is that one stumbling block (amongst the many available) that a man finds himself tripping over repeatedly before he turns Pro. No matter how strong his Routines are that support his King and Queen, if he fails to Prepare for his Jester he will not be able to Get Right. Unimpeded, the Jester will undo his hard work and destroy his proper personal alignment.

In fact, not only will an Accelerating King not protect a man from his Jester, his very satisfaction with his physical fitness might be his Jester–in the form of pride. Instead of using his King as a Guardrail that allows him to Accelerate, he sees it as something that makes him better than other less-fit men; a marker of his superiority. In this way, pride is king of all Jesters because it surreptitiously perverts something positive and necessary into something destructive. It is insidious.

Although pride is the insidious king of the Jesters, the other are ultimately just as destructive. Whether it be gambling, alcohol abuse, pornography, laziness, anxiety, schadenfreude or (fill in your Jester here), the result is the same for the Amateur. Lacking Preparedness, he is kept out of proper personal alignment by his own personal Jester.

The Jester is a master liar

When he turns Pro, the HIM’s first Brick in his Guardrail of Jester-resistance is to recognize that his Jester is a master liar. This is a matter of logic. Given the wreckage he has wrought in our lives, how else could the Jester draw near and stay close but for his skill in weaving a web of lies.

Luckily for us, while the Jester is a devious liar, he is not that creative. Regardless of the type of temptation, his lies fall into a discernible pattern and always have, for nothing changes under the sun. Here are the five biggest lies the Jester has told since time began:

1. You Are The Boss Of Me. The Jester is a parasite whose ultimate objective is sovereignty over his host. Because no man will knowingly and willingly cede his freedom, the Jester tells us not to believe our lying eyes as we gradually lose control. “You” the Jester promises “can stop me anytime you want. You just say the word, and I’ll be gone.” The Jester keeps whispering this lie until the day the he need speak it no more.

2. You Are What You Do. We were created for far better things than the dirty life our Jester would have us lead. Those better things are what man calls Virtue , and they are baked into our hearts from inception. When our Jester causes us to stumble, the result won’t square with our hard-wired need for Virtue. We rightly feel that what we have wrongly done is not who we are and seek to avoid doing it again. That is the precise moment that our Jester tells us the second lie: “no, it is not the Virtuous-self that is truly you, it is the stumbling-self. If you are Virtue, then why does stumbling come so easily to you? Why does it feel so natural? Isn’t it more likely that these things you do reflect who you really are? Who you were intended to be?” LIE!! That is a lie! We were not born to stumble, we are led to do so. We are not what we do but what we were intended to be.

3. You Are (relatively) Not That Bad A Guy. The Jester is slick. If we recognize that he is becoming the boss (and seek to resist him), and that what he would have us do is not who we are supposed to be, the Jester turns to one of the oldest tricks in his filthy book: moral relativism. “Sure” he concedes “this thing that you are may not be what was intended, I’ll give you that. But, is it really all that bad . . . on relative terms?” What the Jester intends is for us to turn our heads away from the mirror and look (down) upon the lives of our brothers, who (unlike us) are TRULY screwed up. Sure, I may be addicted to pornography, but at least I don’t smoke crack, like Bob! The Jester even gives us a ready-made Oprah Bomb for the occasion: “there, but for the grace of God walk I”. That is not in the Bible. It is only found in the Jester’s book of lies.

4. The Jester And Virtue Can Coexist. Have you ever heard your Jester ask you something like this: “aren’t the big good things you do more important than these tiny little bad things you and I occasionally do together?” By this lie, the Jester seeks to train us to say “yeah/but”, as in: YEAH I smoke some crack, BUT I do pay my child support on time. I guess I can do both as long as the good I do outweighs the bad. To help the Jester maintain this lie, we erect complex scoreboards for our lives in which our Jester seems to lose out to our Virtue by a respectable margin every time. It’s like Al Gore hiring a man to plant trees in Sri Lanka to offset the miles he flies back and forth to Vail in his private jet. F3 calls these Virtue Credits . They are worthless because they are unredeemable.

5. You Can’t Live, If Living Is Without Me. A man who breathes dirty air long enough forgets how sweet the pure stuff is. The Jester depends on our tendency to forget to convince us that we never knew a life without him. But we did know, we were born knowing and we can get back to it, but only if we see through this fifth lie which, at its heart, is that there is no hope. That is a lie. There is hope, there always is. The HIM is to be a purveyor of hope.

Preparedness keeps the Jester at bay

The Sad Clown approaches the battle with his Jester like an Amateur, un-Prepared and reacting emotionally every time he is confronted by a temptation that he fails to resist–and it is in his despair of having succumbed that the Amateur is most willing to accept his Jester’s lies. If he does that long enough, he can become permanently captive, no longer to able to discern the truth. Instead of fighting his Jester, the Sad Clown will then focus his energy only on looking like he is fighting. He will have become a Mascot who dances with his Jester in the dark because he lacks the strength to fight him in the light.

Through the DRP, the HIM accepts the truth that the fight against his Jester is a daily battle that is his responsibility to fight. He knows that it is up to him (as the Tom Wait song goes) to keep his Jester “down in the hole”. This is not to say that he shouldn’t seek help–the Jester is best fought as part of a Shield Lock–but only that if the Jester does capsize his boat, a man has nobody but himself to blame. The HIM is a Leader who takes responsibility for the Outcome, and there is nowhere that this is more true than here.

The HIM approaches his Jester in the same way he does the rest of his Royalty Race–like a Pro. He gets ready for the expected and stays ready for the unexpected. How he does this depends on the man and his unique Jester. Just as a golfer knows whether competitive stress will generally cause him to hit a slice or a hook, the HIM knows the circumstances that will cause him to leave the fairway of his life and in what direction. These are the things expected for which a man can get ready.

My Jester is anger. From experience, I know the means by which my Jester has sought to to overcome me in the past. They are predictable because I have failed to resist them, a lot. Resistance does not mean I don’t “feel” angry when one of these predictable circumstances arises. That approach would be just as futile as trying not to feel pain if someone placed a lit match on my back. While the feeling of anger is not within my control, my reaction to the feeling is. Controlling my reaction to the feeling of anger that I have learned to expect from certain circumstances is the first aspect of Preparedness.

The second aspect of Preparedness is being ready for unexpected circumstances. Because my Jester is relentless in his determination to sack my Fitness kingdom, I will not be able to Get Right without being ready for the unexpected like a Pro. That begins with a mindset of never allowing myself to believe that I have defeated my Jester for good. That’s not possible. If he’s quiet, it’s only because he is waiting for a more opportune moment to come after me.

Knowing that, I work to keep Accelerating in the other aspects of my Fitness, the Right relationship with myself. If my King is flagging and my Queen is running amok, anger sneaks up on me in new and unexpected ways. Likewise, if my relationship with those in Proximity and my Creator are not Right and Accelerating, then I am more vulnerable to anger from new and unexpected circumstances.

While I can never out-paddle my Jester, the faster my boat is Accelerating through the water the harder it is for him to capsize it.