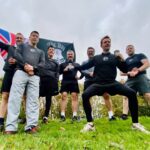 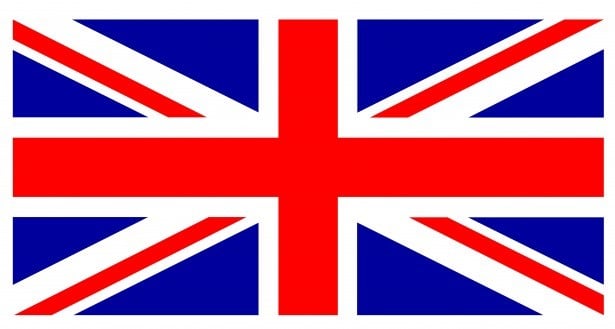 Are you aware that F3 Nation has officially launched in the United Kingdom? Italian Job recently discussed F3 United Kingdom SE with its Nant’an, Safari.

Italian Job: So Safari, what is your F3 story?

It was Friday, January 15th, 2021 when I was lying in the bath feeling pretty rubbish about my relationships around me. I was done blaming everyone else and realized that it was I who needed to change. By change, a heart transplant was needed. My heart needed to soften towards those around me. I was lacking humility, empathy and engagement.

I was done justifying my decisions that to date I’d felt had been sacrificial for the benefit of those around me; when actually they were just self-serving. My relationships had become quite transactional and if I’m honest, quite empty. All in the pursuit of self-serving things like my career and money. I had been seeking to validate myself through ways which were selfish.

I was lying in the bath feeling sorry for myself.

So, when Flying Nurse texted me that evening of January 15th, 2021 to come workout early in the morning I really couldn’t see any downside. I felt like I was in a pit and needed to climb out somehow. But had no idea how to. And had no idea that posting that day – which was the launch of The Peak AO in Katy, TX – would literally transform my life.

When I turned up in the dark I knew only one guy, Flying Nurse. But I couldn’t find him amongst the other 100+ dudes gathered in the Gloom, dressed mostly in hoodies, gloves and wearing beanies (it was a bit cold). In the dark I could count about 16 flags shoved into the ground in a straight line, all of them perched on the end of a long shovel. Stars and stripes, as well as a bunch of other black ones. There was lots of marshalling shouts of “circle up” (around the flags). Everyone was a total stranger. At this point I was thinking “Errrrr Flying Nurse, what d’ya invite me to?”.

There were shouts of “All new guys – FNGs – put your hands up.” I gingerly put my hand up. A guy standing close to me was told to “battle buddy” me. He walked over and introduced himself as “Leprechaun.” Now I really was like “Errrrrrrrrrrr …really…Flying Nurse, what the heck is this?” I still couldn’t find Flying Nurse in the crowd. Leprechaun calmly explained I was a Friendly New Guy (FNG) and that he’d show me the ropes. He asked me where I was from, to which I responded, “Zimbabwe” (formerly Rhodesia). He smiled and cracked a joke about an old friend from Rhodesia who he and his mates decided to nickname “WhenWe” because he couldn’t stop talking about the past. I laughed.

IJ: So how did you get your name?

S: To cut a long story short. Leprechaun was awesome and helped me through a grueling physical workout involving bear crawling up a multi-story car park, crunching Jo-Los, and various other exercises that left me hurting. At the end I needed to leave slightly early to get home, but Leprechaun said, “no way, man – you need a name first.” So, he ushered me near the middle where the flags were so when the workout ended, I was first up on FNG naming. At that point, all 100+ dudes came in close and crowded around, steam filling the air (and I’m sure a lot of COVID!). One of the guys, I assumed the leader, shouted with a smile “Give us your name, age and tell us a bit about yourself – where you’re from, what you do, family, etc.” I responded and told my story – born in Zimbabwe, grew up on a farm, etc. Names started coming thick and fast – “Safari” was one of them. “Safari it is”, the leader shouted. I promptly ducked out the crowd and shot off home.

IJ: Tell us about F3 UK Southeast. When and how did it start?

S: I came to learn afterwards about the F3 movement I’d become a part of. I needed better fitness, I had very little friendships (the genuine kinds – guys who you touch base with frequently in the week and who know what’s happening in your life), and the Faith aspect aligned with my own faith. Besides my own faith, I believe in the greater good of community and those around me. I thought, “let’s give this a go” and ‘joined’ (which as you all know means just turning up).

After a few months of going to the workouts across Houston, Mississippi and Florida, I realized the profound change that it was having in me; not just my fitness, but also my mental health, my relationships with family and friends. I’ll go so far as to say that life started to take on new meaning. I started to be less engrossed in myself and my own needs. I started to really understand why the mission of F3 is to plant, grow and serve small workout groups for men for the invigoration of male community leadership.

As with many around the world, COVID then prompted a re-think of our situation in Texas and where we, as a family, needed to be. We made the decision to leave Texas and return to the UK. By that time, F3 had become so much more than just a fitness / workout group for me. It had become my life! Not because I’d become a fitness junkie, but because it supported so many important parts of my life that had, quite frankly, become really barren.

I thought to myself “What about F3? What am I going to do in the UK with no F3?” I came to learn of the depth of the F3 philosophy and what it involves. I purchased my own copy of Freed To Lead and the F3 QSource. I started thinking about how applicable and transferable the principles of F3 might be in the UK. When out running, I’d think about it. When going to sleep, I’d think about it. In the workouts, I’d think about. I wanted to continue my own journey, but also bring the kind of benefits it had for me in the U.S, to other guys in the UK.

I eventually made the decision in my own mind that no matter where we ended up in the UK, I wanted to start up F3 and plant the shovel flag in the UK. After a lunch in Houston with Katy region Nant’an, Camo, and Houston region Nant’an, Duggar, a call with Bing and sounding out a few close F3 Katy buddies, it dawned on me that it was a certainty. The physical practicalities were easy – find an outdoor location, get some flags and shovels, buy a coffee thermos and paper cups, and turn up. The hard part was finding people who’d join me at 05:30am in the morning.

I mentioned it to a few friends – almost all were like, “Errrr, what time? 05:30, no way!” My old housemate, Mark, from university saw that F3 meant a lot to me and decided to give it a chance. We set a date of 17th August 2021 to plant the F3 shovel flag and meet for our first F3 workout. I also put the word out on Facebook about the workout and surprisingly, two total strangers emerged from the Gloom that morning to workout with us – Pasty and Forrest. After a few workouts Forrest decided that life was too full for him and that he needed to prioritize other things in his life (he still helps us out but doesn’t come to workouts). However, Pasty dug in, started building us an awesome website (http://southeast.f3uk.net/) and started putting the word out himself. Another old friend from university, Nick, decided soon after to kick his lie-ins in the teeth a few mornings each week and give it a crack.

IJ: How many PAX do you have and where do you work out?

S: So, for a few weeks, us four merry men would meet up three mornings a week to workout. Then Rob came along, Jamie joined, then Nigel, then Tom, then Pete, then Chris, then Stefan, etc. The fire started to spread. Seven months later, over 70 guys have now joined F3 in the UK. We have four locations:

IJ: Do you have any UK-specific exercises?

S: There’s obviously a tendency to call certain American’ized exercises by their international names, e.g. the Merkin as the press-up, the American hammer as the Russian twist, etc.

Our focus to date has mainly been on acquainting the PAX with F3 exercises and their official F3 names. Although after a gruelling leg day workout we do enjoy playing a game of “British Bulldog”, which is a bit like “tag” https://en.wikipedia.org/wiki/British_Bulldog_(game).

S: Culture. Our biggest challenge has been to get the PAX to understand the F3 “way,” language and philosophy, in order to view it as more than just a workout group. And to keep accelerating all three Fs. The 1st and 2nd Fs are quite tangible and don’t take much to appreciate, however the 3rd F hasn’t set quite as quickly in quite a few PAX. We’ve had a couple of copies of Freed To Lead which we’ve been circulating as quickly as possible, but unfortunately we’re growing faster than guys have been able to read and circulate their copy.

Q rotation. Getting as many of the PAX to be Q-ready as possible has been a challenge, in order to avoid the same one, two or three PAX find themselves Qing constantly. The biggest challenge of getting Qs ready has been accelerating their base fitness. Participation in the The Iron Pax Challenge and Centurion Burpee Challenge (our equivalent of MABA) have been helpful accelerators.

Q quality. Now that we have multiple AOs which have started in a fairly short period of time, a challenge that we’ve faced is instituting a common standard of session Q leadership / quality. The F3 PAX in Katy, Texas, under the leadership of Camo have been very kind to share their resources in this area. We’ve put in place a formal Q standard guide which has been appreciated by the PAX.

IJ: Do you find it easy to EH new guys?

S: EH’ing guys hasn’t been too difficult, but it has taken some time to refine the best approach. Face-to-face EH’ing has been surprisingly difficult. We believe this is attributable to the southeast of the UK being quite a transient population, and so guys’ close friendship groups are very small. However, EHing through social media has been a different story. It has been a rich hunting ground for us. Probably 70-80% of our PAX have been EH’d through social media.

S: We’d obviously appreciate as many visitors passing through the UK to try post with us at any of our locations. More details can be found at http://southeast.f3uk.net/ 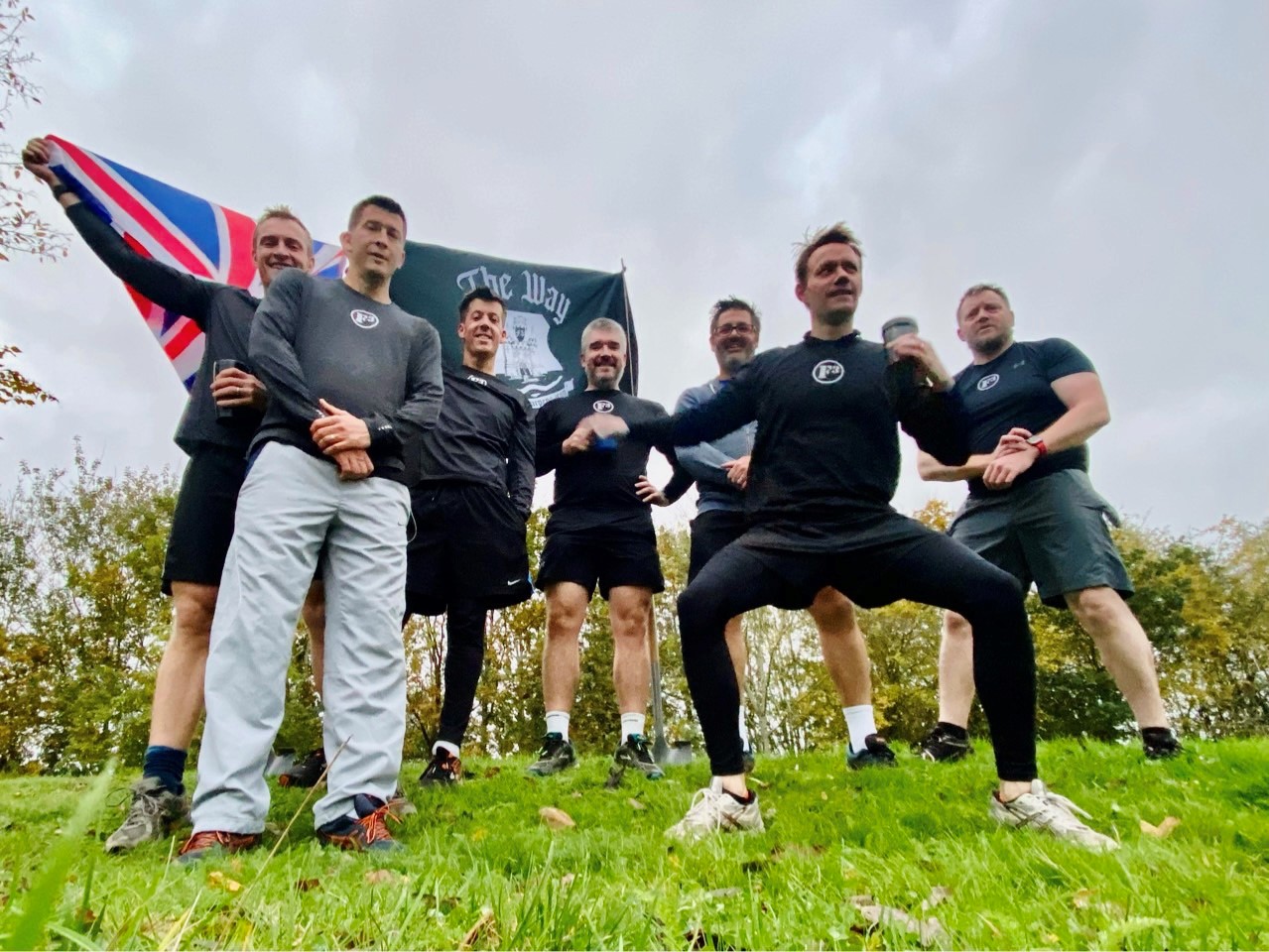