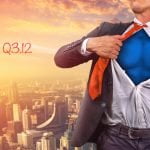 Setting Aside Fear To Turn Hardship Into Grace

Fear is a natural state that can and must be governed

Courage is not the absence of fear. There is no such thing. All sane human beings have a fear mechanism that is alive and kicking at all times. Whether one believes it to be the product of devine design or random evolution, our built-in fear mechanism is what keeps us alive long enough to participate in the creation of new human beings. Without fear, we would incessantly and ignorantly blunder into harm’s way with deadly consequences. Without fear, the human race would have long ago ceased to exist.

The same could be said of our inborn desire to procreate. Without the sex-drive, the continued existence of the human race would be unlikely. Yet, this instinct to copulate is not intended to rule over us. If not tempered by Virtue, the sex-drive grows into a lust that is inimical to the harmony and health of the Group.

Fear untempered is just as deadly. To give over completely to one’s instinct to avoid danger, regardless of the consequences, is the opposite of Courage. It is cowardice. If we were all to flea from danger all the time, the Community would be slowly devoured, starting with the slowest man and ending with the fastest. No one would be safe.

Courage begins with the recognition that while peace should always be our goal there are some threats that confront the Community that simply must be fought. The Virtuous Leader is able to set aside his fear of danger sufficiently that he can Influence other men to fight with him rather than flee when such threats arise. As with the tempering of all human instincts, the ability to set aside fear is a Virtue borne of training. We may be born to run, but we must be taught to fight. Thus, the ethos of Courage is passed from Leader to Leader through the process of Positive Habit Transfer.

Any Community that abandons that process is one in which the men will force their way first into the lifeboats and where the ramparts will go unmanned in the face of an implacable foe. It is a Community long for neither this world nor the next.

Fatigue makes cowards of us all

No man can set aside fear with his hands on his knees, his head down and his lungs on fire. That is not a battle position, it is the posture of surrender. It is for this reason that the King, the daily discipline of physically training the body, is one of the very first QPoints. A man whose physical fitness is Decelerating is ill-equipped to confront Hardship. His tortured flesh will scream out for oxygen and divert it from the brain, the organ he needs to have fully engaged to set aside his fear.

Likewise a man who has lost control of his Queen. If he does not have discipline over what he puts into his mouth he will be a slave to what he eats and drinks rather than a Servant to the people he is charged to Lead. In the military Leaders are taught to eat last, after all their men have been fed. As a practical matter, this ensures that the Leader is attending to the care and feeding of his unit. But it also demonstrates to the men (and himself) that their Leader places his own needs and desires behind those of the unit and the men, that he is Courageously Living Third.

Because fatigue makes cowards of us all, the HIM ensures that his Fitness is always Accelerating. Only a man who is Right, living in the normal and upright position, will be capable of setting aside his fear to turn Hardship into grace.

Hardship is suffering caused by intense Adversity. Whether he courts it or not by living a life in full, it is something that every man must periodically face because the rain falls on the bold and meek alike. In order to Accelerate his Contentment, the Virtuous Leader intentionally exposes himself to expected Hardships in order to build the Durability he will need to overcome the unexpected Hardships that await him so that he can turn them into grace.

Grace is a word that has many definitions. In the Christian sense it is the unmerited love and help that God provides to those who respond to his call to become his children. It can also be used to describe something possessed by a man, like a charming or attractive trait or characteristic. Here, in the context of Courage, we use Grace in the broadest possible sense, as meaning all the things a man should be.

Used this way, Grace is what we should aspire to as men when Adversity, Pain and Chaos confront us. We could let our fear overcome us and shy away, or even run away, but we should set the fear aside and turn the Hardship into Grace. What this looks like in action is hard to describe because Hardships come in as many shapes and sizes as the men who confront them, but Rudyard Kipling did a pretty good capturing the idea in the first stanza of his poem If–:

If you can keep your head when all about you
Are losing theirs and blaming it on you;
If you can trust yourself when all men doubt you,
But make allowance for their doubting too;
If you can wait and not be tired by waiting,
Or, being lied about, don’t deal in lies,
Or, being hated, don’t give way to hating,
And yet don’t look too good, nor talk too wise;

The man Kipling is describing is what F3 calls That Somebody. He is a HIM who takes the DRP because he is Committed to the Get Right. He is a man who Lives Right and as a result is able to Lead Right through the lifetime Practice of Virtuous Leadership. He is Durable, a Servant whose life is a beacon of Truth and Wisdom to those lost within our fallen and fearful world. He lives in Relational Rhythm with his Concentrica and is in close contact with his Creator, assured that his path is true and his future secure.

If, as Kipling wrote, you are this men then then “Yours is the Earth and everything that’s in it, And–which is more–you’ll be a Man, my son!