Announcing the F3 Board of Directors 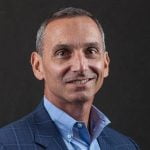 On behalf of F3, its founders, two former Executive Groups, and its newly-created Shared Leadership Team, it is my honor to introduce the first board of directors in F3’s nine-year history.

As we respectfully and carefully approach this next growth phase, you will see an emphasis in our board members on foundation building, independent oversight and governance, and setting up organizations and their leaders for long-term success.

Response to the request for applications was, in a word, humbling. Dredd, Slaughter, CR, Dark Helmet and I were all honored by the quantity of quality men who want to give their time to the organization.

As noted on Twitter and in many face-to-face and/or phone conversations, this process marks the beginning of many opportunities for F3 and for its PAX. F3 hopes you will continue to reach out if you are able and willing to help, and the organization remains driven by and for the local workout as a gateway to male community leadership — free, open to all men, held outdoors, peer-led, and ending in a CoT.

The new board joins you in doing all we can to make sure F3 remains true to its mission and principles for today’s and generations of future leaders.

Board of Directors (Alphabetical Order)

Rick Danis has extensive experience both as a public and private company Chief Legal Officer/General Counsel and Corporate Secretary, managing all corporate governance issues, including board meeting governance, board approvals, minutes, and related activities. Danis has sat on several company subsidiary boards as well as a 501(c)3 board for a company set up in cooperation with the White House’s Intellectual Property Enforcement Coordinator in the Obama administration. Danis has served multiple organizations executing initial public offerings, corporate spin-offs, M&A, equity and debt financings, and entity formations. He sat on the first F3 Puget Sound board, helping launch F3 in an area over 2000 miles from another F3 workout. Danis works in the Bay Area and lives in the Seattle area with his wife and daughter. 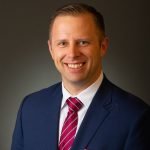 Clayton Hromadka serves as the CEO/Executive Director of the Tennessee PGA (Professional Golfers’ Association). In this role, he oversees a section of the largest sports membership organization in the country — which has over 28,000 members — as well as its local Foundation, with an annual budget of over $3 million and an endowment exceeding $22 million. In addition to this role, he has managed, or served on, multiple boards for 501 (c)(3) organizations. Hromadka also brings an understanding of regional logistics, creating a culture across an expansive geographical section by activating mission at a grass roots level. Hromadka has been in F3 over 1.5 years and lives in Franklin with his wife and children.

Ralph Jodice served in the USAF for 36.5 years, retiring as a Lt General (3-star). During those years, he commanded at six different levels and lead US and multinational organizations from 7 to over 8000 pax in peace time and combat. Since 2015, Jodice has been a Senior Mentor for the North Atlantic Treaty Organization (NATO). He is one of 13 retired Admirals and Generals from 8 different countries who mentor and coach senior NATO commanders and their staffs for high level exercises and training events. Currently serving on two other boards, Red Baron has been in F3 for 1.5 years. He and his wife have three sons active in F3.

After graduating from Boston College in 1985, David Redding served nine years in the United States Army in the Infantry and Special Forces. Redding left the Army in 1994 to attend Wake Forest University Law School. Since his graduation in 1997, his practice has been primarily located in Charlotte, North Carolina in the area of commercial litigation. He has vast experience in all facets of complex commercial disputes in state and federal courts, as well as arbitration. He has taken several cases to North Carolina’s appellate courts on complex issues involving indemnification, liability limitation and the uniform commercial code. Redding is a founding member and serves currently as the CEO of the men’s fitness, fellowship and faith group, F3. 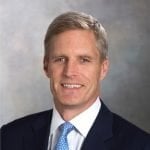 Robert Schleusner leads the Wholesale Credit organization at Bank of America. His team is responsible for extending credit to the firm’s global commercial clients. Prior to this role, he spent 24 years in capital markets. Through his involvement with F3, Schleusner is involved with CLF as a mentor and works to help F3 Metro with its Come to the Table annual luncheon. He currently serves on the board at Charlotte Latin School. A husband and father of three children, Snap Fade has been active in F3 since its formation in January 2011. 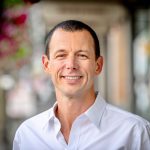 Jason Silverstein is a technology executive with over 20 years experience inside public and private companies such as Tucows, Rightside, Yahoo!, ACBJ, and the National Basketball Association. Currently the Chief Operating Officer at Tango Card, Silverstein begins service in 2020 as F3’s first chairman. Silverstein joined the organization in 2011 and has served in multiple operating group roles since 2012, including technology, operating, and finance roles. In 2015, he moved from F3 Metro (Charlotte, NC) and established F3 Puget Sound in the Seattle area, where he now lives with his wife and two children. 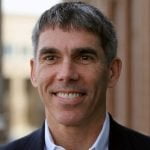 Tom Wilson is a Managing Partner at DecisionPoint Advisors. He has over 35 years experience in the technology industry and his strategic and general management skills include experience in developing and growing new businesses, managing international operations and finances, raising capital, and leading his own boutique M&A firm. Tom currently serves on two public company boards, Jack Henry (NASDAQ:JKHY) and NN Inc. (NASDAQ:NNBR) and has served on numerous non-profit boards including the United Way, Junior Achievement, Charlotte Ballet and the US National Whitewater Center. Tom graduated from Clemson and Duke, lives in Charlotte with his wife Laurie, has two grown sons, and has been involved in F3 for 7 years.

Thanks to all in these leadership positions and continued success to all these outstanding men.Congratulations,Long Haul, Lehigh Valley,F3